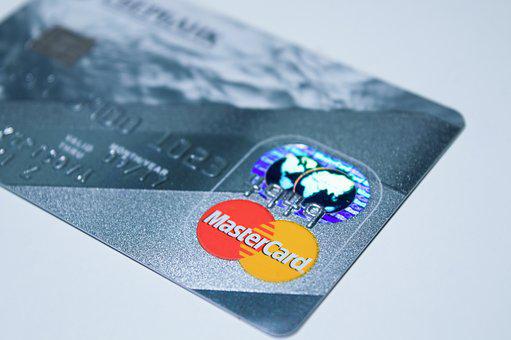 The future described by Slavo, regarding the plans by global elites, has made a leap forward as  Mastercard recently unveiled a biometric checkout program in which people will pay for goods through digital identification and facial recognition rather than cash or credit cards. It is being sold as providing comfort and ease when in reality it will be a massive power grab allowing the powers that be to shut off anyone’s ability to buy or sell based on their beliefs.

“The way we pay needs to keep pace with the way we live, work and do business, offering
choice to consumers with the highest levels of security. Our goal with this new program is to make shopping a great experience for consumers and merchants alike, providing the best of both security and convenience,” said Ajay Bhalla, Mastercard’s president of cyber and intelligence. The Exposé reported that the program is now live in five grocery stores in Brazil as a trial run,  with plans for more trials in Asia and the Middle East. Ultimately, Mastercard states it wants to  program to be worldwide.

“All major supermarkets will very soon no longer accept cash or card payments, and instead, force customers to use their faces or fingerprints to pay for essential items, in what is another huge leap toward a dystopian cashless society,” The Exposé stated.

Digital ID, social credit systems, and universal basic income where the government is the sole  “provider” to the masses is the stated plan of globalist organizations, like the World Economic  Forum which promotes ideas that “you will own nothing and be happy.” Unfortunately, the people may just be “happy” to be enslaved. Bhalla stated one of the reasons Mastercard is running this program is that it is popular with the people.

“All the research that we’ve done has told us that consumers love biometrics,” Bhalla said citing a study that found 74% of the global population has a positive view of biometrics. This push for a cashless society and global digital currency has moved forward extensively over the fear pushed over the last two years over a cold virus. But, this push has been there for decades.

Americans have long been trained for this dystopian future. Americans gladly hand over their data to social media, prefer using credit cards that can more easily track our purchases rather than cash, and use so-called “smart” phones despite knowing the government’s capabilities to  track our every move through them. We’ve been trained to value comfort and security over personal liberty. In the end, we will not  have comfort and security nor any liberty if we allow this dystopian future to continue. “Ultimately, the crux of this discussion centers around identity and what is needed for a person  to operate in the world today,” wrote Derrick Broze for the Last American Vagabond. “For  example, in many nations a person already cannot open a bank account, attend school, rent a  house, take out a loan, or drive a vehicle legally without presenting some form of identification.

These are conditions that many people in the modern world have come to accept as norms.
However, there is a growing skepticism of the incoming digital systems, and, in some cases, even the ‘traditional’ systems most people are familiar with.”  Broze added: “This infrastructure, along with widespread facial recognition cameras, will be the invisible enforcement arm of the Technocratic State. Together, facial recognition, digital  identity, digital currency, and social credit scores represent a giant leap forward towards digital  totalitarianism.”