Mental Health Investigation Ended Up With Officer Being Stabbed 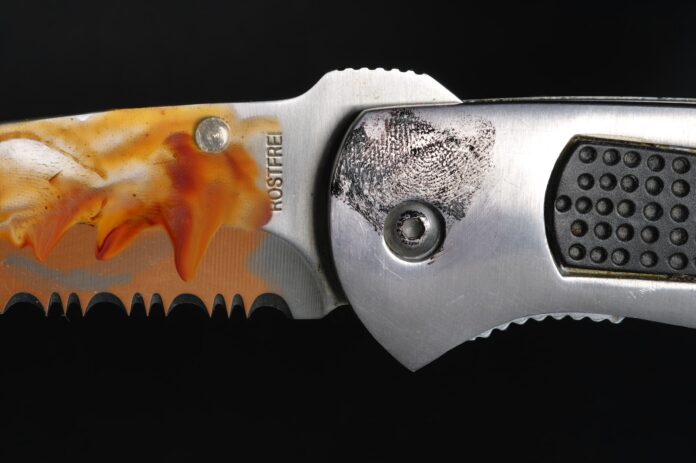 A Los Angeles Police Department Mission Division Patrol Officer sustained nonlife-threatening injuries while responding to a Mental Health Investigation call. On Sunday, November 6, 2022, around 7:22 p.m., officers responded to the area of the 7200 block of South Hobart Blvd. for a radio call of a family dispute involving a mentally ill male.

When officers arrived, they met with the suspect’s mother, who explained that her son was experiencing a mental health crisis and he was in the nearby area. Officers’ saw the suspect and attempted to make contact with him.

The suspect was non-compliant, and attempted to conceal himself behind a food truck. As the officers tried to locate the suspect behind the truck, he rushed toward the female officer with a knife in his right hand. He attempted to stab the officer in the neck and face area. The officer raised her hand to block the knife, which resulted in a stab wound to her left hand. The force of the suspect’s actions caused the officer to fall to the ground, with the suspect on top of her.

The partner officer then became engaged in a Use of Force (UOF) incident with the suspect. The suspect fled from officers, which resulted in a foot pursuit. An “Officer Needs Help,” request was broadcast by the involved officers. Responding officers arrived in the area and a second UOF occurred.

The suspect then was taken into custody without injury or complaint of pain. A crime scene was established and evidence was documented and collected. The female officer was transported to a local hospital in stable condition. She was admitted and will undergo surgery for her injuries. The suspect was identified as 22-year-old Arlandus Triplett. He was arrested for Attempt 187 (A) PC- Attempt Murder on a Police Officer. The criminal case against Triplett is being reviewed by the Los Angeles County District Attorney’s Office for felony filing consideration.