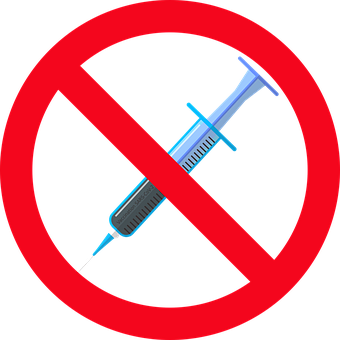 TAMPA, FL — As a result of Liberty Counsel’s case, Navy SEAL 1 v. Biden, Florida federal judge Steven Merryday ordered each branch of the military to file a detailed report regarding religious exemptions from the COVID-19 shot every 14 days beginning Friday, January 7, 2022. The filings received by the court last week show that out of 21,342 requests received, zero exemptions have been granted, and many have been denied at the final appeal stage. The reports confirm Liberty Counsel’s argument that the religious exemptions are a ruse with the inevitable result that everyone is being denied.

Liberty Counsel represents plaintiffs from five branches of the military, federal employees, and federal civilian contractors who have been unlawfully mandated to get the COVID shots or face punishment and discharge from the military or termination from employment.

The declarations by each military branch state that branch-level numbers are not precise until a certain point and there may be other numbers that have not been disclosed in this filing.

The statistics from the reports for each branch include:
Army:
Requests: 2,064
Exemptions: 0
Denied after Sincerity: 115
Appeals: none adjudicated
Medical Granted: 5 permanent, 4 temporary, numerous pending

On October 15, 2021, Liberty Counsel sued Joseph R. Biden, U.S. Secretary of Defense Lloyd Austin and U.S. Secretary of the Department of Homeland Security Alejandro Mayorkas on behalf of members from five branches of the military, federal employees and civilian contractors who have been unlawfully discriminated against regarding religious exemptions and accommodations from the COVID shot mandate.

Liberty Counsel will renew its request to the federal court to issue an injunction.

Last week, a Texas federal judge granted a temporary injunction in a separate lawsuit for 35 Navy SEALs who were unlawfully denied religious exemptions from the unconstitutional federal COVID-19 shot mandate. These SEALs collectively have more than 350 years of military service and more than 100 combat deployments but were told they could face court-martial or involuntary separation if they don’t receive the shots. The court also found that even if a person’s religious exemption was granted, the service member would still be considered medically disqualified and thus un-deployable.

Despite the pending lawsuits, the Navy announced last week that it has already removed the first group of sailors from the service for not getting the COVID-19 shot. The group, which included 20 sailors who had just entered active service, were removed via entry-level separations, causing them to be separated during their first 180 days. On Dec. 15, Navy commanders were ordered to begin the separation process for sailors who declined to receive the COVID-19 vaccine.

Liberty Counsel Founder and Chairman Mat Staver said: “The filings by the military branches prove that they continue to ignore the law by denying every religious exemption request from the COVID shots. Service members are continually threatened with discharge, loss of pay and benefits, and repayment of educational and training costs. Liberty Counsel looks forward to returning to court to stop this unlawful treatment of our military heroes.” Liberty Counsel is a public law firm and a news partner with the Wyoming News.