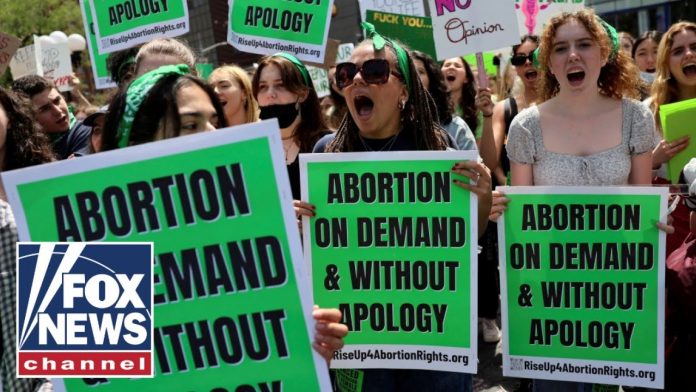 We wanted a miracle but my life was at risk.

I have whispered some of this, on park benches, in private moments with friends, and even once to my eldest daughter who was doing a report on emuna (faith in God) and needed a difficult story.

It’s not easy to write publicly about the most personal moments in life, but when so many people are shouting from rooftops on a topic which affects so many of us, I thought to share some of those whispers out loud.

I live in a neighborhood where children are valued above all else, and where my family of seven is considered average size if not small. Only more recently, as my friends and I have “grown up” and started to talk more openly about topics once relegated to the taboo (sex, mikvah, marriage, miscarriage, stillbirth, abortion), did I realize that I was foolish to have walked alone during times of hardship, particularly around issues of pregnancy. Perhaps those whispers could have been spoken out loud long ago.

My story is about one of my nine pregnancies, a pregnancy with twins, 15 years ago. At 21 weeks, I could feel these twins tumbling around inside nonstop, and I simply couldn’t eat enough to feel full. It was a fulltime challenge to care for myself, much less my two toddlers. My husband and I felt excitement and apprehension, and kept the wise words of a neighbor in the forefront of our minds: Every blessing means hard work. The bigger the blessing, the greater the work.

Despite all my positive thinking and best intentions, it seems that my body was not as equipped as my mind to sustain this pregnancy. At 22 weeks, my water broke.

Despite all my positive thinking and best intentions, it seems that my body was not as equipped as my mind to sustain this pregnancy. At 22 weeks, my water broke, and I was admitted to Hadassah Mount Scopus hospital. I was told that I was vulnerable to an infection, one that might even be life-threatening, and that it was likely I would give birth extremely early. The doctors recommended an abortion, but the decision was ultimately mine.

What followed was a week of gut-wrenching conversations about the right thing to do — after all, I was at a modern hospital and the likelihood that I would come to harm was low. The more probable outcome was giving birth to very, very premature twin babies. We consulted doctors, rabbis and a holy rebbetzin known for her kabbalistic chants. I even spoke with a few women who had been in my situation, beat the odds and now were celebrating the bar mitzvahs of their twins, the marriage of their twins… They told me not to give up. To believe in miracles.

We wanted to believe in miracles, but in the end a well-known, prominent rabbi helped us decide. He replied to my husband’s query in the most matter-of-fact way possible, “If you are telling me there is even the smallest risk to your wife’s life, why are you asking me this question?”

On the day of the abortion, I had to first have a difficult procedure (content-warning). Because I was at a later stage of pregnancy, and I would be induced to give birth, there was concern that the babies would cry, if only briefly. Therefore, to safeguard my mental health, I was sent to someone I named “Dr. Death,” a physician who would inject my twins’ hearts with a substance to stop them beating before birth. Many other women sat in the waiting room for this procedure, all with rounded stomachs and pain on their faces.

When Dr. Death was done, I somehow snapped out of my traumatized state to blurt out, “How can you do this job day in and day out, causing death? I feel sorry for you!”

The doctor looked at me, a bit surprised at my bluntness, and replied, “You have it all wrong. I’m a doctor of life. Because of what I do, women get a second chance. A second chance for their health, a second chance to bear children in the future.”

I realized later that I had gotten my miracle, albeit not what I had hoped for. I had my health, I had a reproductive future. I went on to have three more beautiful children.

It was only later I realized that I had gotten my miracle, albeit not what I had hoped for. I had my health, I had a reproductive future. I went on to have three more beautiful children, and sometimes our family speaks about how two of them could be the souls of the twins.

When I read some of the rhetoric surrounding the abortion debate, I often think of Dr. Life’s words. I think about my own journey, which I now know is by no means unique or exceptional. The more I look around me, and hear the whispers of other women, the more I understand that any conversation or debate around reproductive health and freedom affects her, and her and her…

This question affects us all.

Despite the very painful process, I am grateful to have had the opportunity to choose my own path, in consultation with wise medical staff, rabbis, rabbaniot and my husband.

It is my greatest hope that Israel can be an example of just and merciful laws, as they relate to abortion and many other important issues. I also pray that by raising my own voice, I will encourage other women to speak out a bit more loudly about the questions closest to our bodies…and to our hearts.

This article originally appeared on The Times of Israel.