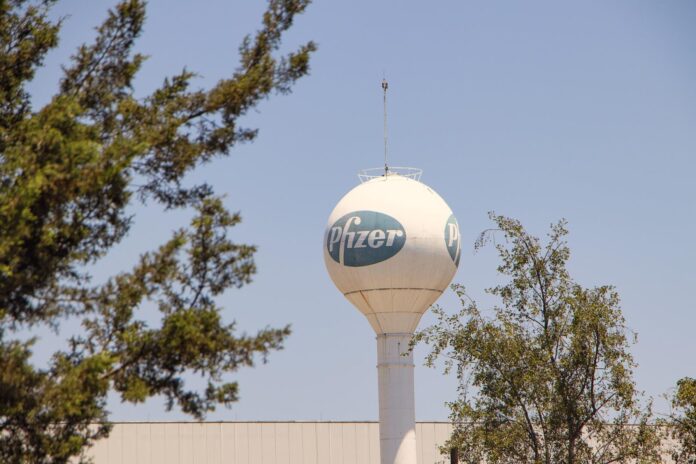 Pfizer documents continue to trickle out after a court ordered earlier this year that the Food and Drug Administration (FDA) must release 55,000 pages a month until the estimated 450,000 total pages are fully released.

The documents were part of a lawsuit filed by the Public Health and Medical Professionals for Transparency after a Freedom of Information Act request was initially ignored by the FDA. The documents sought pertained to Pfizer trials related to the experimental gene therapy shots.

As documents continue to be released, The Exposé has reviewed them and found that Pfizer and the FDA knew the mRNA jabs were dangerous and led to increased cases of heart diseases and other adverse events.

The latest documents, released on Aug. 1, included a page showing that 90% of pregnant women who took part in the Pfizer trials lost their babies and that the jab “significantly increases the risk of birth defects and infertility,” according to The Exposé.

This continued mounting of evidence led The Exposé to state: “It looks like we have more than enough evidence to back up the bold claim that Covid-19 vaccination is causing mass depopulation.”

Pfizer does happen to be the jab most commonly used in America, but the Moderna and Johnson & Johnson jabs have also been shown to be unsafe, ineffective and unnecessary.

The latest report from the Vaccine Adverse Events Reporting System (VAERS) maintained by the Centers for Disease Control (CDC) shows 29,981 total reports of deaths by COVID jabs. As Wyoming News has reported, the CDC admits to an undercount in VAERS by a factor of at least 6X while other independent studies suggest an undercount by as high as a factor of 41X. That puts the likely total deaths between 179,886 and 1,229,221.

Matt Agorist, for The Free Thought Project, reviewed VAERS and found that the number of adverse events reported to VAERS concerning the COVID shots is 150% higher than all reported adverse events for all vaccines combined over the 32-year history of the database while deaths are about 600% higher. And, he reminds us that we taxpayers have been forced to pay a lot for these death jabs:

It's only expected to get worse, according to Dr. Charles Hoffe who spoke with other medical professionals during a recent Zoom meeting.

Hoffe has been running his own study on jabbed patients and found that the vast majority have developed blood clots despite the mainstream claiming they are rare.

“The concern…is those people will probably all develop right-sided heart failure within three years and die because they now have increased vascular resistance through their lungs,” Hoffe said.

Another look at the VAERS database shows that there’s an over 10,000% increase in cancers reported by the COVID jabs than all other vaccines combined. That review was done by Brian Shilhavy for Vaccine Impact who searched the VAERS database, and he noted: “And this not an exhaustive list, as I tried to include ALL cancers listed in VAERS, but the database could not handle the query.”

The real world impact continues to come to light in anecdotal stories.

Last week, Wyoming News reported on the sudden rash of deaths among young, healthy doctors in Canada including three within days at one hospital, Trillium Health Partners in Ontario, which came just two weeks after the hospital mandated staff submit to a fourth booster shot.

The unusual deaths of doctors continue in Canada as Steve Kirsch, executive director of the Vaccine Safety Research Foundation, wrote:

“A doctor friend of mine in Canada heard about 15 deaths of Canadian doctors over the last 9 months. He’s been in practice for 30 years. He’s never heard of any such unusual deaths before of doctors. Zero in 30 years. Why is he now, all of a sudden, hearing of so many deaths, and why are these deaths all happening very soon after vaccination?”