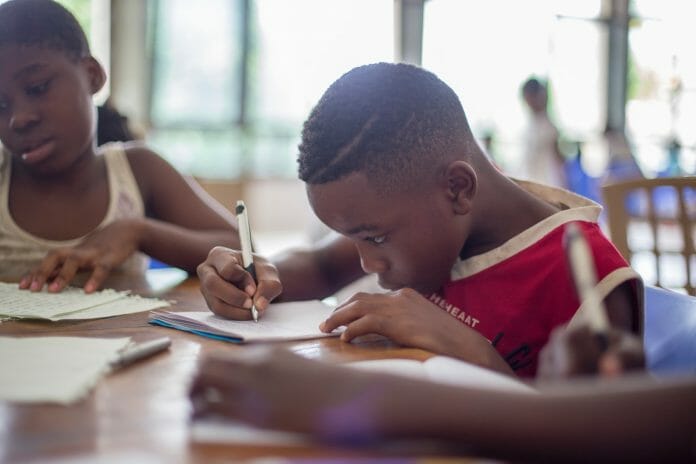 Over the last two-plus years of medical tyranny, many parents have demonstrated cognitive dissonance.

On the one hand, many parents clamored for government school to reopen at the height of lock-down hysteria so they could take advantage of their taxpayer-funded babysitters.

The data was collected on not only the students but also their families and “monitored children, secretly and without the consent of parents,” the researchers wrote. Tracking technology was installed on the government devices given to kids that tracked not only what occurred while a student was in class but also out of class.

The apps that were installed to the devices rarely informed the users that they were being tracked and offered no privacy protection for children. About 90% of the apps studied were specifically designed to collect data to sell to hundreds of companies, like Facebook and Google, to “target them with personalized context that follow them across the internet [that] distorted children’s online experiences, but also threatened to influence their opinion and beliefs,” the researchers found.

Hye Jung Han, the lead researcher, said: “Put another way, children are surveilled in their virtual classrooms and followed long after they leave, outside of school hours and across the internet.”

Last year, a superintendent for a Las Vegas school district actually bragged about spying on kids, claiming it was for their safety.

Jesus Jara, superintendent at Clark County School District, said there had been a rash of suicides (18 in his district) in a nine-month period as he spoke to Fox News. The obvious solution for Jara was spying on kids and sending the police to their homes when the government school bureaucrats felt a student was suicidal.

“You get the calls, you get the text messages late into the evening, kids are surfing and online and then we dispatch our police department to do wellness checks,” Jara said.

Just to emphasize, Jara literally said the district would send cops to homes because kids were “surfing and online” at hours he doesn’t think they should be. Jara, by the way, is still superintendent now a year later. In fact, he was lauded by Fox News when he spoke with them.

“Not to worry though. Thanks to remote learning software designed to help schools spy on our kids via their computers, the public-school bureaucrats, teachers, and teacher’s labor unions responsible for educating our kids can at least pretend they’re looking out for them,” wrote David Leach for The Strident Conservative. “You can almost see Big Brother smiling now, can’t you?”

It should be noted, this Orwellian spy state via government school devices is not new to the scamdemic.

In 2010, when the idea of government schools handing out taxpayer funded laptops to students was in its infancy, a Pennsylvania school district was sued for remotely activating webcams to spy on students at their homes. Other news stories have come out since then of webcams being activated as high school girls changed at home.

Still, more than a decade later, the public is fine with government issued technology being handed out to students in mass.

Maybe that’s why so many Americans still buy devices like Amazon’s Alexa event though Amazon admits it records conversations and sells it to advertisers.