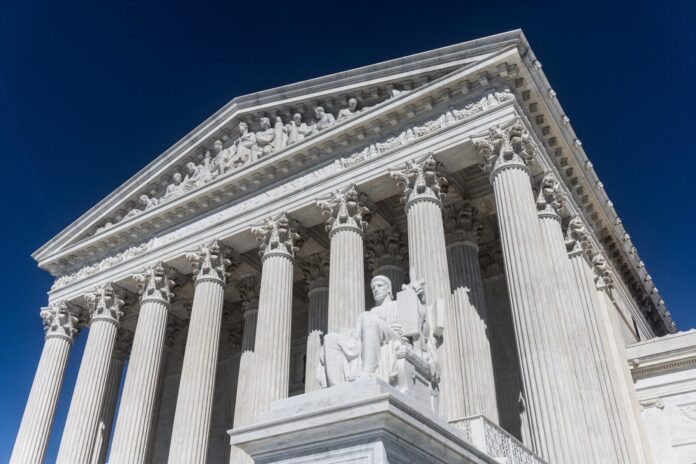 The Supreme Court heard arguments today in Sackett v. EPA, as the Justices and counsel debated the meaning of “adjacent” and other terms in the EPA regulations that interpret the federal Clean Water Act (CWA). The case arose because the EPA insists that Michael and Chantell Sackett, who have been prevented by the agency from building a home on a small residential lot in Idaho for the last 15 years, first obtain a CWA permit because there’s an alleged “wetland” on their property that has a hypothetical and indirect “nexus” to nearby Priest Lake.

This case affords the Supreme Court an important opportunity to rein in the federal government’s virtually limitless view of its jurisdiction over “wetlands” on private property, while demonstrating that—in the words of Justice Kagan—“we are all textualists now.”

On its face, the CWA is limited to “the waters of the United States.” As Justice Alito emphasized at argument, that phrase is what the Court should be interpreting. But, as Justice Kavanaugh explained today, that term was stretched by the EPA regulations to encompass wetlands “adjacent to” waters of the United States, then stretched even more by judicial and EPA interpretations to include wetlands with a “significant nexus” to such waters.

Our amicus brief, like the Sacketts’ counsel in court today, urges adoption of a simpler, textualist test—specifically, the plurality’s view in an earlier Supreme Court case (Rapanos v. U.S.). Under the plurality’s test, “only those wetlands with a continuous surface connection to bodies that are ‘waters of the United States’ in their own right … are … covered by the Act.” That test would be faithful to the statute while still giving regulation-hungry EPA officials plenty of wetlands to regulate.

Specifically, the canon requires rejection because the nexus test, unlike the surface connection test, often raises serious Fifth Amendment problems by allowing the government to effectively take private property without just compensation. Not surprisingly, as the Sacketts’ counsel noted this morning, the vague and overly broad nexus test has generated endless disputes in the lower courts.

The Committee for Justice got involved in this case because fighting the frequent overreach of federal regulatory agencies and enforcing the Fifth Amendment’s prohibition on the taking of private property without just compensation are both central to CFJ’s mission of preserving the Constitution’s limits on federal power and its protection of individual liberty.

Notice How These Radical Terrorist Democrats Sound Like Animals?

Spy Blimp Pops Up in Arizona with No Warning from the...