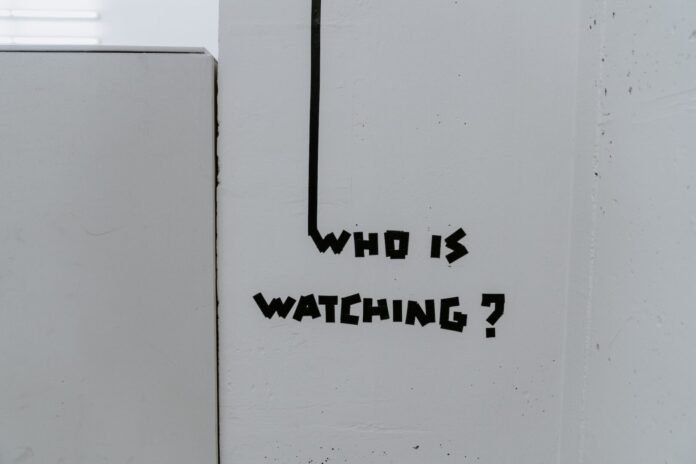 Without consulting the local residents of Nogales, Arizona, U.S. Customs and Border Protection (CBP) unleashed a spy in the sky that serves as a reminder of how much of a Big Brother society America has become.

The tethered balloon called the aerostat, which resembles a blimp, was unleashed on the Nogales community on June 20. It takes video surveillance day and night, 24-hours a day and seven days a week.

And, the CBP didn’t even bother to make the public aware of the spy apparatus.

The blimp “has nothing to do with the city at all. In fact, we weren’t aware that they were going to put it up,” said Edward Dickie, Nogales’ city manager, according to Reason Magazine.

The blimp is staged a mile north of the U.S.-Mexico border, according to Tucson ABC affiliate KGUN 9, but it is less than a quarter mile away from American residential neighborhoods.

Aerostats have been used near the border since 2013 with 11 currently in use, most of which are in Texas. The CBP is planning to ramp up the use of the aerostats in coming years.

“It just appeared one day out of my window of the Sheriff’s Office,” Hathaway said. “It was a total surprise, this—what I call the ‘spy blimp.’ I worry about the implications of the loss of privacy, like looking into residential communities and spying on what we’re doing.”

In response, the CBP basically said just trust them that they aren’t spying on Americans.

“I absolutely appreciate that,” John Modlin, the Tucson sector’s chief CBP patrol agent, said of the privacy concerns. “The reality is that that aerostat and its view is built to look into the border region. That’s what we’re watching. We’re watching the border region. We’re not interested in what’s going on in someone’s yard in the Nogales area or what someone’s doing.”

Funny, if the CBP wasn’t interested in spying on local Americans in Nogales, wouldn’t one think it would be a wise idea to consult with them first before setting up the spy apparatus?

The CBP is giving vague answers to what they’re spying on. Hathaway said it’s evidence of militarizing the border with no transparency of oversight over the CBP.

“As an American, I think we have that fundamental right to be private and secure in our private lives,” Hathaway said. “And this is just another ‘Big Brother’ intrusion into our lives… I’m offended by it personally. I think it’s disgusting. And I hope the community doesn’t get used to it and just think it’s one more fixture of the growing police state along the border.”

Hathaway added: “I think it’s evidence of a kind of growing police state along the border. It just seems weird and dystopian to have that kind of surveillance platform right in the middle of the city.”

This is just one of the many reminders that the government is constantly spying on us, and Hathaway is no stranger to exposing such violations on the liberty of Americans.

Hathaway is a rare breed in politics, someone who actually believes in the Constitution. After being elected in the 2020 election, Hathaway said his job is “preserving people’s freedoms…. I don’t want to run anybody’s life.”

Last year, Hathaway took on Arizona’s Republican Gov. Doug Ducey after he signed a disgraceful executive order in October, 2021 to setup a radical tracking system that everybody who submits to the COVID jab must pass their personal information to the state and the federal government.

“This hypocrite Republican governor who speaks out of both sides of his mouth, he goes around touting the vaccines on how they’re ‘safe and effective and everyone should get vaccinate,’ but then he tries to play the other side like where ‘I’m opposed to vaccine mandates,’” Hathaway said.

Hathaway added: “Here’s a Republican governor, a hypocrite, requiring that every 24 hours all this personally identifiable information, with no ability to opt out, be shared with CDC (Centers for Disease Control) and HHS (Department of Health and Human Services).”