The Intolerable Acts & The Shot Heard Round The World 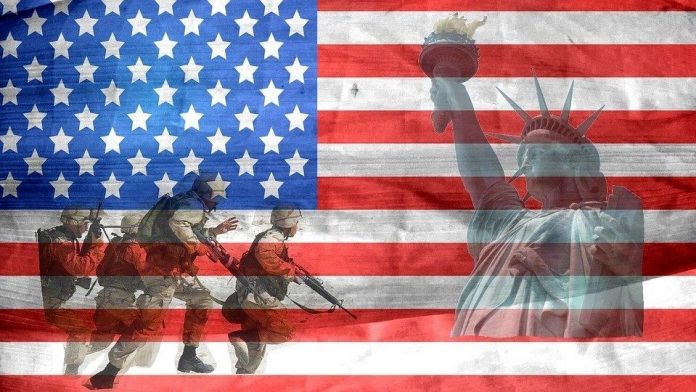 Of late they have been called “lockdowns, mask mandates, social distancing, and vaccine passports.” Punitive actions, enforced by government edict, and sold to the American people as, “following the science.” While these acts themselves deserve more time and attention, that discussion is for another time. Today, we will harken back to March of 1774, and the actions taken by the British Parliament, following a raucous Christmas Party, thrown by the Sons of Liberty, in Boston, Massachusetts. When we threw an entire shipment of tea into Boston Harbor, rather than paying the taxes imposed by the British Government, the members of Parliament were pissed. How dare a small group of dissidents have the nerve to rise up and demand their voices be heard. Then, just as it is today, the political class moved to impose a series of coercive laws, designed to punish the American Colonists, for demanding fair and just treatment….these new laws would come to be known as,” The Intolerable Acts”.

In 1774, British General Thomas Gage, was appointed by the British Empire, and became the Military Governor for the Provence of Massachusetts Bay. Gage was charged with enforcing the “Intolerable Acts” on the people, and sending them a clear message. The people of colonies lacked the intellectual acumen needed to govern themselves; and as such, Britain would remove the powers, vested in the towns and conveyed in the charters, which established the colonies themselves. Today, the political class used the term, “emergency powers” to circumvent state and local laws, yet the result was the same, oppression, at the hand of the government itself.

In response to this British oppression, the colonies brought forth the idea of using their own militias, as a show of force against the new set of laws. When General Gage attempted to replace the town court in Worcester, Mass, with his own judges, over two-thousand militiamen marched on the courthouse, bringing the proceedings to a halt, and expelling the newly appointed judges. This act marks the first time colonial militias were used to block the Kings representatives from acting on royal orders, which were opposed by the American colonists.

Incensed by the brash and audacious actions of the colonists, General Gage ordered his troops to confiscate all weapons and ammunition within a fifty mile radius of Boston. As word of the weapons confiscation spread, so spread the outrage of the colonists. Within a twenty-four hour period, four-thousand militiamen had massed, in the area called the Cambridge Common, better known today as, Harvard Square. Having seen the writing on the wall, the colonist began a re-organization of their militias, and a new class of militiaman would be born, and they would be called, Minutemen. The Minutemen would be comprised of the strongest, fittest, and most highly motivated soldiers the colonies had to offer. These men would be asked to be ready to fight on a minutes notice, as part of a highly mobile, rapid deployment force, to engage any and all British aggressions. By September 1774, colonial leaders were ready to take a stand against the British, and adopted what is called the Suffolk Resolve. In essence this action established a Patriot provisional government which would ultimately lead to the formation of the First Continental Congress and pave the way to, America’s Declaration of Independence.

In February, 1775, the British Government declared the Massachusetts Colony to be in a “state of rebellion”, secrete orders were issued to send seven hundred British regulars, to capture and destroy, all military supplies held by the rebel militia at Concord, Mass. Unbeknownst to the British, American spies in Britain, had already alerted the Patriot leaders of the British plan, and American scouts were alerted to post watch for the approaching British. On the night before the British attack, several riders including Paul Revere, alerted the Minutemen, a British force had been spotted. Two lanterns were lit and placed in the tower of the Old North Church, as part of the early warning system employed by the militias, to signal the British approach…”one if by land, and two if by sea.”

What would become known as, The Battles of Lexington and Concord, would be fought on April 19, 1775. In a gross miscalculation of the willingness of the American Patriots to fight, the British believed, by sending a sizable force to Concord and destroying the militia supplies, the American’s would lose hope, and any interest in fighting. However, the British were wrong, the first engagement would not come at Concord; but rather, a few miles away at Lexington. Because of the early warning system, the Minutemen chose the time and place to fight. After a small group of Patriots engaged the British, they quickly moved off, beginning a running gunfight with the British troops. In 1775, the British were considered the worlds premier fighting force. Well drilled, well disciplined, and well equipped to wage a conventional war. However, the American Colonists, and more specifically the Minutemen, had no intention of waging a conventional war against the British Troops. At the time, the smooth bore musket was the weapon of choice for the military. Unlike hunting rifles, smooth bore muskets could be more rapidly reloaded, and allow for volley fire. The tactic of volley fire allowed an army to form lines of men, all firing their weapons at the same time, then returning to the end of the line to reload their weapon. While this tactic is very effective against an opposing force which applies the same tactic, against a hidden, or guerrilla style strategy, it proved very ineffective. As opposed the the British forces, the colonial militias were provided neither arms, nor uniforms. While some militiamen did use smooth bore muskets, it was much more common, they employed the same weapons they used for hunting. Having local knowledge of the terrain, the Minutemen deployed sharpshooters, armed with rifled Kentucky long guns, to “snipe” at the British from covered positions, causing confusion and breaking their ranks. As the British attempted to reform their skirmishing lines, other militiamen would engage their flanks, armed with what were known as “fowling pieces”, what we today, call shotguns.

As was expected by the Minutemen, the British saw this retreat from Lexington, as an opportunity to crush the rebel insurgents quickly, and substantively. As the gunfight continued, the British were lured into the waiting militia forces at Concord. Arriving at Concord, it was now the British who found themselves outnumbered, and outgunned. The Minutemen’s tactic of the running retreat, had depleted the British supplies of ammunition, and their troops now found themselves at the mercy of the American’s. Only the arrival of a British relief column, prevented the complete obliteration of the attacking British force. Instead of crushing the insurrection into dust, it would be the British. who would beat a hasty retreat, back to their headquarters in Boston.

Historians have argued for the last 245 years, over who in fact, fired the “shot heard round the world” at Lexington, that fateful April day. The truth of this matter, will never be known, and will forever remain, a wonderful topic for debate. What is not open for debate, is what came about as a result of this infamous shot. No matter how many times you hear it said, America was not formed in 1619, as the Marxists contend; but rather, America’s beginning is well documented in history, and readily available to anyone who is seeking the truth.