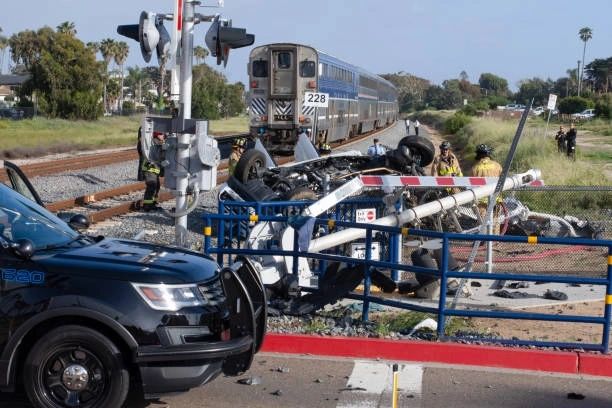 City of Missoula Police Department advised all law enforcement to be on the lookout for a vehicle and suspect believed to be involved in an armed robbery within Missoula City limits on the evening of January 11, 2022.

Missoula County Sheriff’s Deputies located the vehicle near the Bonner Town Pump at approximately 6:40p.m. Soon afterwards the suspect led Deputies, City of Missoula Police Department and Montana Highway Patrol vehicles on a pursuit on Highway 10 East. The pursuit ended near I-90 and the Turah exit when law enforcement disabled the suspect’s vehicle. The suspect was taken into custody and transported to Missoula County Detention Facility.

Following the pursuit and apprehension of the suspect, an unoccupied City of Missoula Police Department vehicle, that was parked nearby where the incident concluded, was struck by an oncoming train. No other vehicles were involved in the train collision and no one was injured.

The investigation into this incident is ongoing. More information will be provided as it becomes available.