Wyoming Is In For Another Week Of Extreme Heat 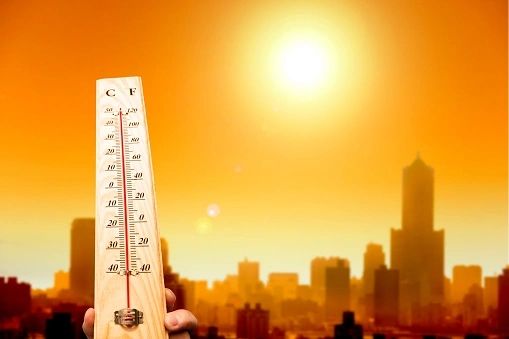 Wyoming is in yet for another week of extreme heat that is forecast to be spread out across much of the United States of America.

National and local meteorologists are claiming that this weather phenomenon is much like the triple-digit heat wave temps that hung over the Pacific northwest in June.

It appears that a heat dome has developed over much of the central and western states and will likely hang around through the rest of the week. The heat dome, as it is called, will keep temperatures in the high 90’s upwards toward 105* to 107* degrees, depending on what area your in.

Billings, Montana, will clock in 105* to 108* today. Other areas will be in the. lower 100’s. Wyoming will suffer from the same hear effects.

According to the National Oceanic and Atmospheric Administration.

Most of the United States and British Columbia, Canada, reported their hottest temperatures on record.

For those Wyoming farmers and ranchers, make sure your livestock has plenty of water to hydrate themselves with: which also includes humans. Make sure you drink lots of water during this heat wave.