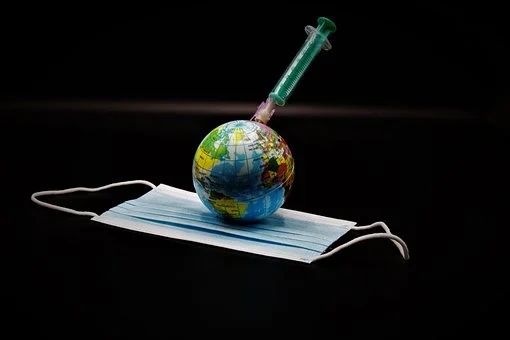 By:Robin Berry
Dear Elected,
Sadly I have come to the conclusion that it has been an elaborate ‘plan’ all along to create this ‘pandemic.’ The lawyers from decades past have been stacking the authority of the FDA and CDC to supersede the Secy of Health to declare an ’emergency.’

Now I understand better why the current hospital ‘protocols’ are designed to increase mortality of the 99% survivable ‘plague.’ If enough people can be frighten to accept the declaration of ’emergency,’ then those in ‘control’ can continue to disperse experimental drugs to the general population without restraint. Drugs that are emerging as destroying our young men’s health and causing infertility in our young people.

If you have ‘recovered’ from the current plague, the normal previous protocol was to celebrate your now ‘natural immunity.’ The people currently in control cannot tolerate that because it would ‘lift’ the ’emergency’ and their power with it.

To maintain the ‘experiment,’ those in power need the ’emergency’ to continue. There is no set ‘mortality’ numbers or rates or levels that are written in the codes of the “Public Health Emergency” Authorization to which can be referred. It seems to be kept arbitrary so
that those in power may remain so.

As my elected, what are you doing to return this Republic back to its People? Are you questioning anything? the over reach? the UnConstitutional Exec Orders? It appears that the hospital protocol is to administer drugs like Remdesivir that are by design harmful to the human body, especially those with liver, renal or immune issues, why has no one questioned the fact that often there are no alternative treatments?

Our second Branch of this triune government is silent with a few exceptions. (Thank you Sen Lummis for speaking out.) Our Government, our Republic was based on Freedom. Freedom given to us by our Creator – no one else. This ploy to enslave our country’s population and that of the world is being aided by complacency and silence.

Resist the evil. Resist the hate being spewed by our own Executive Branch to those people who are questioning their unConstitutional power grab. Those who are standing up, need to be supported.

We the People are not tearing down our cities, or destroying property, we are asking for civility and respect for our rights as people.

Time to step back, back off, and think. Logical thinking and true conclusions. Stop listening to the lies coming from the media and from political celebrities. Stop trying to destroy our churches and our Faith. Stop destroying our country, we are all that is left in this world that is good.

Pray for clarity. Allow God into your thoughts and deeds.