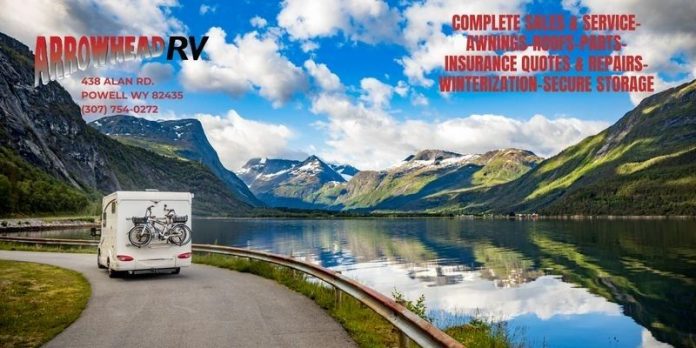 By Marc Kelley
Part of being a nurse is fielding the phone calls from friends and family members, who for one reason or another have need of medical advice. Just one such occasion arose this past weekend and after attending to the injury and hearing the story of how it occurred, I was struck with the notion, this was a teaching moment, applicable to the seemingly unending lack of responsibility sweeping across our nation. My patient is an eighteen month-old little boy, curious about everything, yet profoundly lacking the experiences we call, “life’s lessons.” Winter is cold on the plains of South Dakota. It’s the kind of cold that gets into your bones and there is nothing better to take the chill off, than a wood stove, stoked with cotton wood which produces a lasting bed of glowing coals. As luck would have it, my young friend ventured too close to the wood stove, extending his little hand to touch the brass knobs of the stove doors. It’s not hard to imagine the screams of pain or the tears running down his face as he learned the valuable lesson…a HOT stove will burn you and it hurts like the Devil. His Mom doctored his burn, wrapped a clean gauze over the wound and gave her son a dose of Tylenol. Both Mother and patient are doing fine. Later that day when the little one’s sister returned home from school and saw her brother’s hand wrapped in gauze, she asked her mot

her “what happened?” “Ask your Brother”, she replied. When the query was made, the little one took his sister’s hand and walked her into the living room, cautiously approaching the wood stove. Standing directly in front of the stove the child simply proclaimed… “HOT.”

Perhaps if we all took a page from this child’s experience, we would have a much better understanding of cause and effect, as well as the consequences for our actions. As we have watched the behavior of so-called adults over the past few weeks and months, one can only come to the conclusion, there are many among us who never learned the lessons of life which would help them navigate a world fraught with peril. As staunch believer’s in due process, The Bill of Rights and more specifically, the Fifth Amendment, we believe every American is entitled to the assumption of innocence until proven guilty by a jury of their peers. Over the last several weeks, we saw our justice system play out exactly as The Founding Fathers intended. Regardless of your political view or personal opinion, the high profile jury verdicts of: Kyle Rittenhouse, the murder of Ahmaud Arbery, and the self defense trial of Andrew Coffee, all prove, as corrupt as our system may be, the people who serve in judgment as jurors, will not be intimidated, bullied, or influenced in the court of public opinion.

In an apparent attempt to sway the court of public opinion, last week Alec Baldwin gave an extensive interview to ABC News. While again, not wanting to pass judgment until all of the facts are gathered, Baldwin’s own words may well come back to haunt him. The nearly two hour long interview revealed more about Baldwin himself as a person, than about the shooting on his movie set, “Rust”. Apparently, none of his lawyers saw fit to explain to Mr. Baldwin, what the common man knows as, “The First Law of Holes” i.e., when you find yourself in a hole, stop digging. In a series of questionable statements Baldwin proclaimed, “ It wasn’t my job to check the gun,” “ I cocked the hammer, but I never pulled the trigger, the gun just went off.” and my favorite, “I know someone is responsible, but it’s not me.” Baldwin spent a great deal of time explaining how he is a victim, how people have judged him, and how he feels attacked. Alec Baldwin is many things, but a victim in this case, he is NOT. His complete inability to accept responsibility for his own actions, begs the question. If the scene called for him to put that pistol to his own head, would he have checked the weapon”?

Again this week, we learned of another school shooting. This time in Oxford Township Michigan, committed by a troubled young man begging for help, yet ignored by the very people who should have wanted more than anything else, to keep everyone safe from his actions. Apparently, we have learned nothing from the 2018 tragedy at the Marjory Stoneman Douglas High School shooting in Parkland, Florida. Just as in Parkland, the alleged shooter in Michigan, was well known as a troubled individual. When teachers caught him on his phone searching for ammunition, they took the phone. When teachers found drawings depicting a blood spattered victim shot with a handgun and the caption, “The thoughts won’t stop, help me”, they called his parents. When his parents refused to take their son home, the school allowed him to return to class. Yet after all of this, no one felt the need to contact the police and seek an intervention. Less than forty-five minutes later three people were dead, a forth critically wounded, and eight others were suffering from non-life threatening injuries.

As information continues to be discovered about this tragedy a clear picture has begun to emerge. It is again, a picture of individual’s ignoring personal responsibility, a picture which illustrates how the lack of consequences for one’s actions are poisoning our country; and a clear picture of just how little life is valued by liberal ideologues. Parent’s who purchase firearms, yet leave them unsecured. Teachers union’s who insist, parent’s have no say in their child’s education, yet do nothing to protect the students in their own classrooms. Celebrities who make millions from movies depicting gun violence, then attack and belittle lawful gun owners and the NRA, only to say, “the gun just went off.” Everyone of these people should be held to account for their own actions or their lack of actions which could have saved a life.

Once again as a student of history, I find it very difficult to simply accept the word of another without first doing some research of my own. It was during this process which the legal term “mens rea” was discovered. Having never studied law and frankly never seeing much use for lawyers, this concept seems more than appropriate to share with you. The concept of “mens rea” dates back to thirteenth century English courts. The term is Latin for “guilty mind”, and speaks to the element of a person’s intention to commit a crime or the knowledge, a person’s actions or in-actions would cause a crime to be committed. It is this concept which juries must apply when the question of recklessness and negligence is brought before them at trial. It’s hard to imagine two better cases in which the concept of “mens rea” may be applied, and a jury asked to consider, then the Baldwin case or the Oxford Michigan case. Only time will tell how this question will or may be addressed, if either of these cases actually goes to trial.

How is it, a toddler can so quickly and clearly learn the lesson of a hot wood stove, he can in turn teach his sister the lesson he learned, so she will not have to suffer his fate ? The questions we must each ask ourselves are: who are we as a society, as a community, and as a country? Have we become so numb to the violence, life itself no longer matters, destruction of property no longer matters, and regardless of what we see with our own eyes, we should accept the corrupt media narrative….everything is good, nothing to see here? How about instead of following along with the flock of sheep, we use our own God given intellect and walk our sisters and our brothers into the living room, stand in front of the wood stove and proclaim it “HOT.” Reinforcing the idea no one else should suffer for what we all should understand… there are indeed, consequences for our actions.