Casper Police Officers Found To Be Justified In Shooting 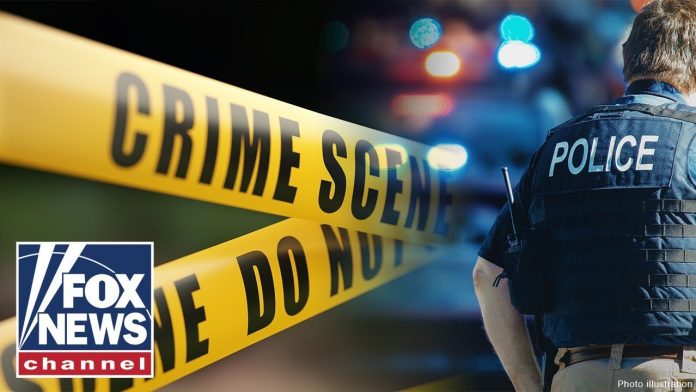 Following a determination by the Natrona County  District Attorney, four Casper Police Officers who fired their weapons during a March  2022 multi-agency incident were found justified in their actions.

The events of March 18 and March 19, 2022, were related to an extensive investigation
conducted by multiple agencies.   In keeping with our long-standing commitment to integrity and transparency, the Casper Police  Department is releasing additional information pertaining to the involvement of our agency in this multi-agency incident and officer-involved shooting that occurred on March 19, 2022, in  Evansville, Wyoming.

Around 5:15pm on March 18, 2022, as part of a large and ongoing investigation, agents with the  Wyoming Division of Criminal Investigations (DCI) arrived at a residence in Evansville,  Wyoming, to serve an arrest warrant on a suspect. Ultimately, the suspect engaged officers by shooting at them. In response to the officers being fired upon by the suspect, now barricaded inside the residence, several nearby agencies responded to assist the original DCI team as the situation grew increasingly dangerous. Gunfire from the suspect was emanating out of the house,  toward the officers, and into the surrounding residential area.   Over the course of the next 18 hours, both the Special Response Team of the Natrona County  Sheriff’s Office and officers with the Casper Police Department assisted DCI: by negotiating with the suspect, using various non-lethal tactics to get the suspect to leave the residence, and maintaining a safe perimeter to shield citizens from the gunfire coming from the suspect.  Ultimately, in the early morning daylight hours of March 19, 2022, having already been fired upon several times, officers with the Casper Police Department who were assisting with this incident, returned fire after being shot at yet again. It was during these final shots fired by the officers that the suspect was believed to have been fatally wounded by an officer’s bullet.  Following an autopsy investigation by the Natrona County Coroner’s Office, this was later determined to be the case.

This incident is uniquely complex. It involved multiple agencies from both local and state levels,   including the Wyoming Division of Criminal Investigations and the Natrona County Sheriff’s  Office (NCSO). The involvement of the Casper Police Department was one of support for the agencies conducting the investigation and the rapidly evolving incident involving the suspect’s ongoing threat to the public’s safety. For this reason, information about the criminal investigation, which resulted in the officer-involved shooting, the tactics used during the standoff, and other details specific to the investigation, are not releasable by the Casper Police  Department.   It should be noted that the Casper Police Department, as part of their commitment to regional public safety needs, regularly assigns CPD Officers to serve as task force officers with the  Wyoming Division of Criminal Investigations as well as assigning CPD Officers to serve on the  Special Response Team of the Natrona County Sheriff’s Office. Both of these entities responded during this incident, and that response included the CPD officers who normally serve as part of these teams.

In the letter, Natrona County District Attorney Daniel Itzen wrote, “The question to be answered is, did law enforcement use reasonable self-defense.  In this case, it was Clutter [the suspect] who shot first each and every time the officers responded. Law enforcement is entitled to the same rights of self-defense, as anyone else would be. Officers talked about how close the bullets were. In fact, one person’s boots had bullet holes in them. It was painfully obvious that Clutter wanted to kill police officers.  Literally, these were the circumstances officers faced. In Wyoming, Officers can use deadly force when a reasonable officer is under similar circumstances and believes that the person poses a threat of serious harm to himself or others.

When officers were put in this position, they are left with little choice but to protect the citizens of Natrona County,  including themselves. All alternatives to end this situation peacefully were tried. It was Clutter’s actions, and his actions alone, that led to this result. Each of these officers has a legitimate self-defense claim or a defense of another claim. As you are aware, it is the State’s burden to disprove a self-defense case. Given the overwhelming evidence that law enforcement had a  reasonable belief that Clutter posed a substantial risk, the State could not meet its burden.  Further, given the circumstances, the officers’ actions were reasonable in all respects. For the  reasons listed, the State declines this case.”

Following the District Attorney’s determination, the four involved Casper Police Officers were
returned to full, unrestricted duty.   The Casper Police Department maintains a commitment to releasing body-worn camera footage of all officer-involved shootings. In this incident, officers of the Casper Police Department were on-scene and placed in critical positions in the area of the suspect’s residence. The officers were on scene and stationed in harm’s way for an extended period of time. In addition, there existed significant hazards surrounding the ability to safely move officers to and from positions of relative safety while being targeted by an assailant. These factors, while competing against the functional battery life of our body-worn cameras, ensured that no footage was recorded for the actual incident in which our officers were fired upon by the suspect, nor the officers’ return fire toward the suspect. As each of the body-worn cameras’ batteries wore down, all available footage ends several hours prior to the last shots being fired during the early morning, daylight hours on March 19, 2022.

The length and breadth of this incident exhausted many of the resources available to the law enforcement officers involved, including the recording equipment we normally rely upon.