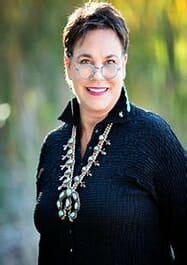 ARRESTS:
None at this time

10:22 Building Burglary 2206090028
Occurred on Dale Dr, Cody. Overnight, no forced entry but a key and her purse are missing from inside.

14:19 Traffic Complaint 2206090056
Occurred on Demaris St, Cody. RP would like to speak with an officer regarding speeders in the area.
Disposition: Assistance Given.

14:26 Motor Vehicle Crash 2206090059
Occurred on 14TH St, Cody. RP’s grandson sideswiped a vehicle in the above area. No injuries or blockage.
The driver warned about improper backing. Disposition: Warning Issued.

16:41 Property Damage 2206090069
Occurred on Sheridan Ave, Cody. RP says that someone “tagged” the dumpsters in the area, litter on the
ground, and street signs that he believes to be stolen. Disposition: See Case.

22:52 Prowler 2206090104
Occurred on 15TH St, Cody. RP says there is a male walking around his house looking in windows and knocking on doors. He is no longer on property. Seen wearing a tan hoodie. Disposition: Unable to Locate.

Harriet Hageman is pro-law enforcement and Law and Order whereas the most hated woman in Wyoming, Liz Cheney believes in chaos and lawlessness. Wyoming needs Harriet Hageman. Vote for Hageman to preserve the way of life in Wyoming.