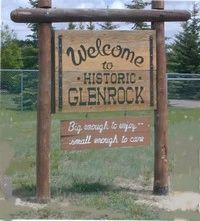 Former Chief of Police, David Theel of Glenrock, Wyoming, has sued the city of Glenrock, the interim chief of police, Sgt. Colter Felton, the town’s clerk and one member of the town’s council members and the town’s mayor Bruce Roumell.

The legal action suggests that the town did not follow the grievance procedures and failed to notify Chief Theel of any alleged allegations they had against him until many months later.

Back in February 2020, the town alleged that then, Chief Theel, would overreact to things and would have a condescending attitude towards others and that he was an unpleasant boss. The independent investigation reported that only a morale problem was among the ranks of the department. The town decided not to do anything about the report from the investigation and they never told former Chief of Police, David Theel, about the report.

Suddenly, a year later, in February 2021, Chief Theel placed on administrative leave. Theel alleges in his suit that between June and July 2021, town employees and law enforcement officers, the mayor and public works director would drive by his home multiple times a day to intimidate Theel and his wife.

In a letter signed by 50% of the police department, interim Chief, Felton, pressured one individual in signing the letter. In that letter, it alleges that Theel was a narcissist and created a hostile work environment and did not comply with his required duties.

Theel asked for a pre-termination hearing that then was set for August 2021. That hearing ended up being re-scheduled for October 2021. In that hearing, the town council ended Theel’s employment with the town of Glenrock as the Chief of Police. In the law-suit that Theel filed, he alleges that he and his wife have suffered emotional distress, damaged both their reputations and cost them pay and benefits. Theel is seeking financial damages and compensation for mental and physical care.