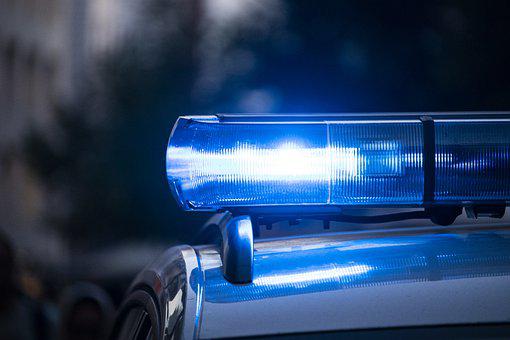 North Hollywood:  On July 8, 2022, around 2:20 p.m., North Hollywood Area Patrol Officers responded to a Radio Call, “Ambulance Shooting” at Vanowen Street and Camellia Avenue.  Officers arrived and located the victim inside a camping trailer suffering from an apparent gunshot wound. Los Angeles Fire Department arrived and pronounced the victim deceased at the scene.

Operations Valley Bureau Homicide responded, and by interviewing several witnesses, identified the suspect by name and distinctive facial tattoos. The investigation revealed that the suspect fled the location in a white Toyota Camry sedan.

The suspect’s sedan was located shortly after the incident at the 7000 block of Worster Avenue and was impounded as evidence.

On July 9, 2022, around 3:00 a.m., officers received a radio call for a ‘Battery Suspect’ at a convenience store in the area of Whitsett Avenue and Victory Boulevard.  LAPD patrol officers arrived and arrested the suspect for the battery. The suspect was transported to North Hollywood Station, where his distinctive facial tattoo was observed and recognized.

Operations Valley Bureau Homicide Detectives responded to North Hollywood Station, positively identifying the suspect of the homicide as Ricardo Martinez, 25 years of age, from North Hollywood.  Martinez was booked to Van Nuys Jail for 187 Penal Code- Murder. The bail was set to $2,185,000.

This case will be presented to the Los Angeles County District Attorney’s office for criminal filing on Tuesday, July 12, 2022.