Faith: the Axis Upon Which the Wheel of Science Turns 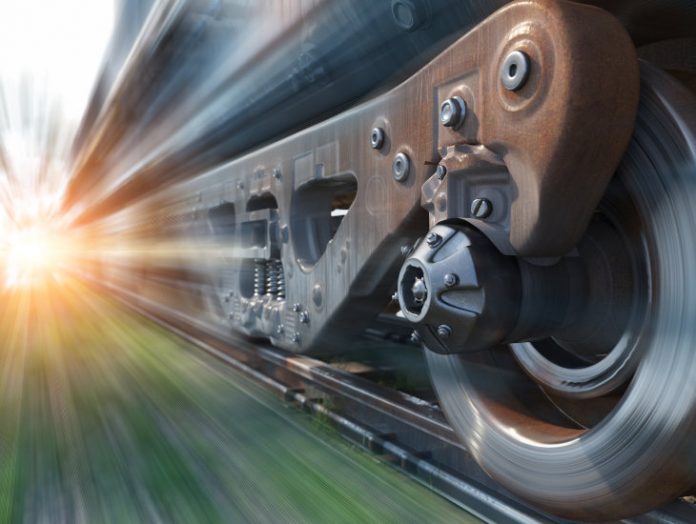 Can Science be True if it has no Faith?

Bill Nye, the ‘Science Guy,’ affirms that his “point of view is based on the facts of life” and not on faith-based “suppositions of life.”1 For Nye, science is the only reliable, ultimate, unstoppable, and undeniable guide to truth and is faith-free. While scientific knowledge is the power that saves, faith, for the ‘Science Guy,’ is a weakness that only blinds. Nye believes that science alone can save the world and that faith must step aside to make way for the future. This is because, says Nye, people of faith “just can’t handle the truth.”2

But is science really faith free? Max Planck, Nobel laureate in physics and pioneer of quantum theory, thinks not. As Planck explains, “Anybody who has been seriously engaged in scientific work of any kind realizes that over the entrance to the gates of the temple of science are written the words: ‘Ye must have faith.’ It is a quality which the scientist cannot dispense with.”3 For Planck, faith is the axis upon which the wheel of science turns. If one does not have faith, then one may not have science.

To illustrate Planck’s insight, consider Nye’s claim, “science is the only basis for truth.” Is this idea, in and of itself, a truly scientific claim? Not at all. This claim is not open to experimental testing or to falsification. It is a claim that goes beyond the scientific method. There would thus be no purely scientific reason for accepting the truth of the above claim. Consequently, the claim that “science is the only basis for truth” would logically have to be false if it were true. In philosophy, this is what is called a self-defeating claim. At best, the proposition would be a paradox or a mystery, but otherwise, it is just self-referentially incoherent.

Is there any such thing as the “Scientific Facts”?

The ‘Science Guy’ Bill Nye is keen on trumpeting the “undeniable facts of science” as opposed to the “mere suppositions” of faith. But can science ever know anything for certain? Consider the confidently asserted certainty of “the central dogma of molecular biology,” proclaimed by co-discoverer of the DNA double helix Francis Crick as a “fundamental biological law” in 1956. The central dogma holds that genetic information flows in only one direction—from DNA (and RNA) to proteins, and never the other way around. This idea was believed to be a biological “law of nature” that operated without exception and was the conceptual basis for the Human Genome Project of the 1990s.

In the early 2000s, however, scientists increasingly witnessed phenomena that broke the biological law. They discovered that DNA can be edited as a result of life experience and that the way DNA is read depends on the surrounding environment. In other words, “the body keeps the score.”4 With the discovery of what is today known as epigenetics, it became clear that information can be “transferred from a protein sequence back to the genome.” Consequently, explains molecular biologist Eugene Koonin, “the Central Dogma of molecular biology is invalid as an ‘absolute’ principle: transfer of information from proteins (and specifically from protein sequences) to the genome does exist.”5 The history of science is full of such cases where scientists have found exceptions to what were once viewed as exceptionless laws of Nature. How, then, can any scientific facts be undeniable?

The Scientific Limits of Science

Uncertainty in science may be the only scientific fact that we can ever be certain of. This is because science itself has discovered numerous areas where there are limits to what can be known through observation and experiment. Consider, for example, big bang cosmology—the leading scientific theory that describes the universe’s origin, structure, and development. According to the standard big bang model, derived from Einstein’s theory of general relativity and observational data, the universe began 13.7 billion years ago in a singularity—an infinitely small point in which matter was infinitely compressed. Everything that physically exists, including matter, energy, space, and time, came into existence at the big bang singularity. Thus it makes no sense to speak of physical reality or even a “time before” this point.

Science itself has discovered numerous areas where there are limits to what can be known through observation and experiment.

The existence of an initial singularity of this sort represents a fundamental limit to the observational powers of science. Any “science” that speaks of the conditions that gave rise to the singularity—such as an infinite multiverse or a quantum vacuum state—is not truly scientific because science can never test it. To assert that science will someday be able to adequately describe the conditions “before” or “beyond” the initial singularity is not a statement grounded in current science but, rather, in a philosophical faith.

Quantum physics has also shown that there are limits to what scientists can know when studying the smallest conceivable objects (atoms and their constituent parts).

According to the standard view of current quantum physics, however, even perfect instruments cannot measure the location and velocity of a body simultaneously with impeccable precision. This fundamental limit on the accuracy of measurement is known as Heisenberg’s uncertainty principle. As mathematical physicist John Barrow explains, “The quantum picture of reality introduces a new form of impossibility into our picture of the world. This impossibility replaces a past belief in unrestricted experimental investigation of Nature which was based upon a misconception of what existed to be measured.”6 With quantum physics, says philosopher of science Michael Ruse, “we seem to have reached an outer point of what we can know.”7

Can Science Ever Be Certain?

The renowned philosopher of science Karl Popper showed that the most exalted status that any scientific theory can reach is “not yet falsified, despite our best efforts.”8 Scientific theories can never be verified, proven, or confirmed because an infinite number of experiments remain to be performed before all other possibilities can be ruled out. Consequently, scientific theories can only be falsified. For instance, it takes only one black swan to falsify the hypothesis that all swans are white. If a given hypothesis is to be counted as genuinely scientific, it must make testable predictions about the world that may be potentially refuted by later experimentation or possible observation.

The cornerstone of the scientific mind is its continuous openness to the possibility of being completely wrong. In order for science to function as science and make any progress in knowledge, science must always have humility as its foundation. If a given phenomenon appears to contradict our best-known science, then science must reserve judgment until scientists can find a way to investigate it adequately. Science, in principle, cannot make infallible pronouncements about what is possible. Indeed, our best theory of atomic physics (quantum mechanics) says that scientific accuracy can only deal in probabilities. Science, in both principle and practice, can never know anything for certain. Thus, while Bill Nye’s “facts of life” may exist in theory, our most advanced current scientific knowledge of them is middling at best—and always will be.

The post Faith: the Axis Upon Which the Wheel of Science Turns appeared first on aish.com.

Aish.com is an online Jewish Newspaper. Aish is a news partners of Wyoming News.

My Father, the War Hero

Korach 5782: Visit to Lift the Spirit