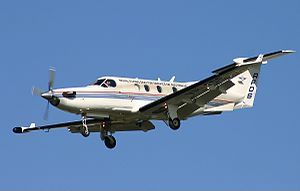 The Taliban and Isis are now in control of some of the most sophisticated spy technology that the United States has. According to Military officials, the Pc-12 NG single-engine, turbo-prop that was changed and suited for ISR intelligence and surveillance, including reconnaissance, was seized by the Taliban and Isis.

This High-tech plane was known in the industry as U28-A and was developed in America under a very super high-tech secret project or program, and used heavily by the Untied States as an ISR aircraft.

These planes are also known as Draco planes or the “Dragon.”

The planes that were seized cost the Unties States Taxpayers the amount of a little over $12 million dollars, not counting all the high technology that was installed on the planes.

The United States either lent out or let the Afghanistan Special Operations Wing be in custody of 23 of these Swill built Pilatus PC-12 Spy planes. These planes had a whopping $220 million put into them per plane with the capability of signals-intelligence spy equipment and communications.

This was US covert intelligence gathering electronic surveillance and communication equipment and was the most latest high technology. Now, because of Joe Biden, the enemy has possession of this technology, and all they had to do was to walk onto the airport tarmac and seize them.

According to Wikipedia, “The Pilatus PC-12 is a single-engine turboprop passenger and cargo aircraft manufactured by Pilatus Aircraft of Stans, Switzerland, since 1991. The main market for the aircraft is corporate transport and regional airliner operators. The PC-12 is the best-selling pressurized single-engine turbine-powered aircraft in the world and has been for several consecutive years,with 1,700 deliveries as of October 2019.”