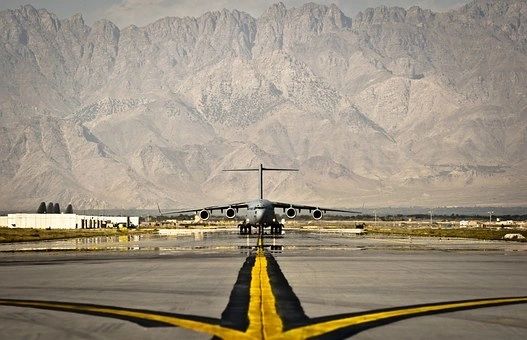 KABUL, AFGHANISTAN — Thousands of Afghans desperate to escape the country were clinging to the U.S. Air Force C-130s and falling out of the wheel wells as the U.S. suspended evacuation flights from Kabul airport. Yet Joe Biden and Jen Psaki are on vacation.

After the United States’ involvement in a 20-year war in Afghanistan, it is clear that no one but Biden is to blame for the horrendous abandonment of military bases flush with weapons, equipment, helicopters, and drones. Now the Taliban is one of the most well-armed terrorist groups, thanks to the stupidity of Biden. The Taliban is now reportedly going door-to-door hunting down U.S. military allies in Afghanistan.

Liberty Counsel knows people who are in Afghanistan. The stories of terror and the images and videos are frightening.

Now thousands of U.S. troops must be rushed to Afghanistan just to safely evacuate American and embassy personnel two full weeks before the August 31 deadline Biden had announced for withdrawing all U.S. forces from the country.

Whereas President Donald Trump had discussions with top Taliban leaders and planned a conditions-based withdrawal to protect people and property and ensure the Taliban would never take over the U.S. Embassy or provide a base for new attacks against America. Instead, Biden ignored the plan the Trump administration left for him. As a result, Afghan President Ashraf Ghani fled the country on Sunday as Taliban militants took over the presidential palace in Kabul and the Taliban no longer fears or respects America or America’s power.

“Afghanistan is the most embarrassing military outcome in the history of the United States. Joe Biden has surrendered to the Taliban who has quickly overtaken Afghanistan and destroyed confidence in American power and influence. What a disgrace it will be when the Taliban raises their flag over America’s Embassy in Kabul. Complete failure through weakness, incompetence and total strategic incoherence,” said Trump.

Liberty Counsel Founder and Chairman Mat Staver said, “The Biden administration bears full responsibility for this failed execution of the withdrawal. President Trump had a conditions-based plan in place in order to protect lives and America’s Embassy and military bases. The Taliban has now reportedly seized hundreds of U.S. Humvees and other vehicles, several million-dollar U.S. drones and weapons. What a complete disaster. I cannot imagine the terror these people are facing. The Taliban is demanding the identities of girls of marrying age. Christians, religious minorities, those ethnically different than the Taliban, and former allies are now targets of unspeakable terror. The blood of the Afghan people is on Biden’s hands.” Liberty Counsel is a public law firm and a news partner with the Wyoming News.