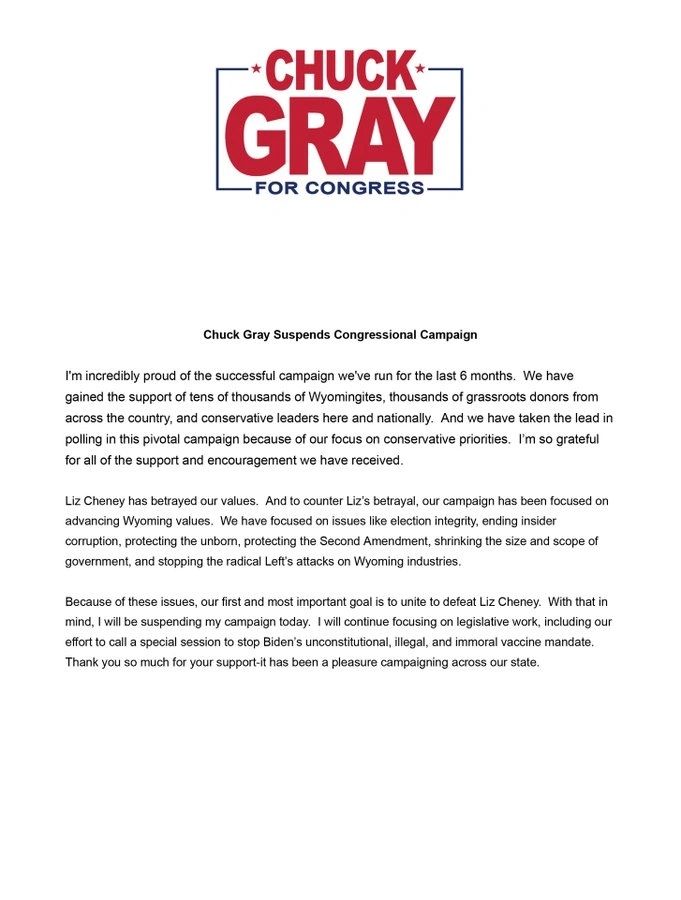 We have gained the support of tens of thousands of Wyomingites, thousands of grassroots donors from across the country, and conservative leaders here and nationally.”

Gray states that “Liz Cheney has betrayed our values.” which many of the Wyoming 23 counties have already “FIRED” Liz Cheney.

It focused the Congressional Campaign on advancing Wyoming’s core values and issues such as corruption, protecting the unborn and protecting the Second Amendment. It was important to shrink government and stop the radical left’s attack on Wyoming industries.

Gray was from the grassroots belt of Wyoming.

Gray wanted to unite, not divide the votes against Cheney and he wants the Wyoming voters to unite and soundly defeat Liz Cheney.

So that was the reason for his suspension of his political Congressional campaign for Congress to replace Liz Cheney.