Buffalo Bulletin Being Sued For Libel And Slander by (PAC) 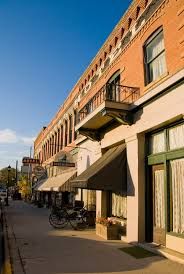 This whole thing started with an alleged falsified defamatory article and caused harm to the Plaintiff on August 11, 2021, regarding the Patriot Conservatives PAC, printed and distributing in an edition about the PAC, which stated “If they lie about little things….” According to the Plaintiff, this was false information regarding the Patriot Conservatives PAC.

Further more, the “article” stated that “If Johnson County Patriots will lie about something small what else will they lie about.” they, the article or ad stated “Can anyone be expected to believe anything they say?”

Adding insult to injury, the Buffalo Bulletin stated ” How we get things done.” according to the complaint.

The complaint goes on further and accuses the Defendants that these types of comment statements are a “Blatant violation of Journalistic standards requiring reporters to reach out to obvious sources for corroboration or refutation.”

This violated the Buffalo Bulletin’s own policies and ethical guidelines.

Was this intentional and blatant disregard for the truth? Did the defendants demonstrate a bias, showing their ill-will and their political and retaliatory motives to publicly smear with an ad to discredit the PAC? According to the complaint, the above listed defendants are alleged to committed such horrible acts and actions if true…

Defendants, Weiser Signal American Inc., Buffalo Bulletin Inc., Pronghorn Publishing INc., and Eclipse Media Inc., Frontier Newspaper Inc., demonstrated on it’s face showing nothing but reckless disregard for facts, put simply the complaint alleges, and “attempt to sway and influence the vote, on August 17, 2021, regarding a $36 million tax with included interest over the next 20 years.”

The defendants based on some of the articles that they have published in the past, appear to have a liberal leaning to them, but most small mainstream news papers do lean a tad to the left and do not appear as conservative entities according to some of their own viewership.

The complaint goes on to demand that the PAC in this action is needs to be vindicated under it’s rights to restore it’s reputation as an institution devoted to patriotic conservatism.

The Wyoming News looked into the PAC and observed that they have a history of exposing liberal left-wing nut jobs, or entities, whom encourages liberal institutional corruption.

The Patriot-Conservatives of Johnson County are an independent conservative PAC that was founded by a man named David Iverson, whom is the Chairperson.

Then the also allege that the PAC was put under a defamation for the slanderous, malicious and malcontent words that was printed by the Buffalo Bulletin. According to the Plaintiff, the action is false under the Wyoming Statue 1-29-103, as to the limitations as to the damages. In this case the damages would be the full tax dollar amount, which is approximately $36 million dollars, the Plaintiffs allege.

“Every person may freely speak, write and publish on all subjects, being responsible for the abuse of that right; and in all trials for libel, both civil and criminal, the truth, when published with good intent and for justifiable ends, shall be a sufficient defense the jury having the right to determine the facts and the law, under direction of the court.”

So was what the Buffalo Bulletin printed in the ad the truth?

The Wyoming News reached out to the Defendant, Buffalo Bulletin, but was not able to make contact with any one for a rebuttal to the complaint that was filed.

The Patriot Conservative of Johnson County (PAC) Plaintiffs are asserting to the court that the Buffalo Bulletin “acted as an organization who printed an advertisement for a political or organization without disclosing who approved and paid for it.” A phone call went out to the PAC, for comment, but as of press time, no phone calls were returned.

Is this a case of free speech? Or does it go much deeper?

All over Wyoming Conservatives, both civic and private, are pushing back against the liberal spin doctors in the media. The Wyoming Politics are beginning to change. Just look at the Counties that have sent a “YOUR FIRED” direct message to embattled, radical liberal Liz Cheney, who goes under the Republican banner but operates for the Nancy Pelosi liberal democrat agenda and of whom, is no longer representing Wyoming, or at least no one listens to her.