Joe Biden You Have Wyoming Blood On Your Hands 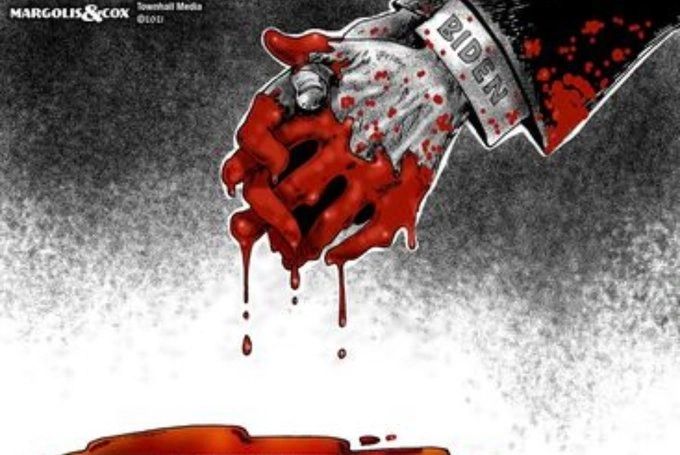 Joe Biden not only is out of touch with American and his surroundings; he is making blunder after blunderous decisions that affect Americans directly, but Internationally speaking, Biden’s bad decisions are making America a joke.

Rylee McCollum was a Wyoming kid who graduated from the Jackson High School and was unfortunately one of the thirteen Marines who were killed by an Isis suicide bomber that the Taliban purposely let through the check points so that the bombers could attack the U.S. directly on Thurdsay, in Kabul, Afghanistan. Rylee was a newly wed and an expecting father.

Altogether, over 100 people were injured, children, babies, mothers, fathers and grandparents, all who were seeking freedom, and a way out of the country.

According to DOD records, this was the deadliest day for U.S. Troops in about nine or 10 years.

“Saying that I am grateful for Rylee’s service to our country does not begin to encapsulate the grief and sadness I feel today as a mother and as an American. My heart and prayers are with Rylee’s family, friends, and the entire Jackson community.”

“We will find many ways to honor Rylee for this ultimate and untimely sacrifice in the coming months and years – but for now, my arms are wrapped around Rylee’s loved ones from afar and I pray they find some comfort.”