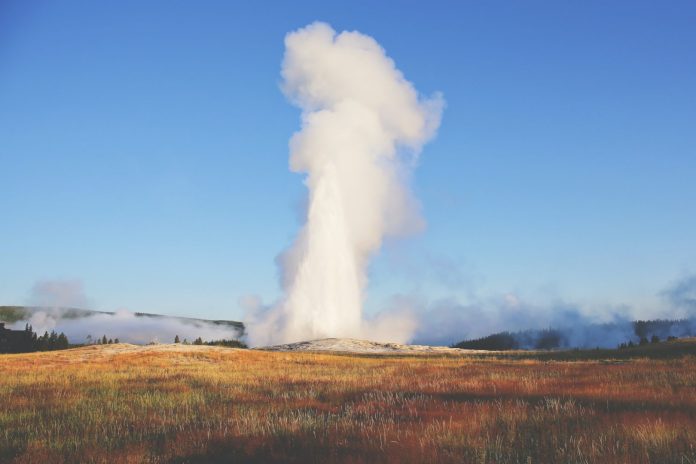 “Perpetual decline and fall is not inevitable. It is fixable but every powerful force out there, especially mainstream media, seems to stand against that. It is all designed to demoralize us and cause us to give up. We cannot accept this fate. There is still time, providing that we understand what is happening and the grave consequences of letting it all take place without a fight,” wrote Jeffrey Tucker, founder and president of the Brownstone Institute, in May.

Tucker was describing the hastened moral decay brought on over the last two and a half years due to the authoritarian medical dictatorship, including mask mandates.

Apparently, Yellowstone and the Grand Tetons national parks have no problem furthering the moral decline of America as they’ve announced indoor mask mandates at their parks were being reinstituted.

In a statement on Wednesday, Yellowstone said: “Consistent with CDC (Centers for Disease Control) guidance concerning high community levels, all visitors to Yellowstone National Park over the age of 2 are required to wear a mask in all indoor common areas, regardless of vaccination status.”

Teton County, the location of the Grand Tetons and parts of Yellowstone, has the highest COVID spread in the State of Wyoming, according to the Mayo Clinic. Their claims of COVID spread continue to be based on fraudulent PCR tests that were never meant to diagnose viruses and diseases.

Yellowstone and the Grand Tetons are among four of the top 10 visited national parks to currently have this unconstitutional and immoral mask requirement, according to CBS News. The Grand Canyon in Arizona and Yosemite in California are both mandating visitors wear the mark of the sheep.

This continued mask madness comes despite more and more research showing how devastating the tyrannical approach has been on society.

A study from Johns Hopkins University published in May stated: “Lockdowns in the spring of 2020 had little to no effect on COVID-19 mortality…lockdowns during the initial phase of the COVID-19 pandemic have had devastating effects. They have contributed to reducing economic activity, raising unemployment, reducing schooling, causing political unrest, contributing to domestic violence, loss of life quality, and the undermining of liberal democracy. These costs to society must be compared to the benefits of lockdowns, which our meta-analysis has shown are little to none.”

That study used the same methodology as a study the CDC is using to claim mask mandates are effective, but Høeg and Chandra corrected the flaws in the CDC study.

The CDC-approved study, published in September of 2021, claimed to show that school districts that required masks showed lower COVID spread among children than those without the mandates. However, the study did not have a large enough sample size nor any attempt to account for demographic differences.

The Høeg and Chandra study said they used “six times as much data as the original study,” and concluded that “incorporating a larger sample and longer period showed no significant relationship between mask mandates and case rates. These results persisted when using regression methods to control for differences across districts.”

Most importantly, mask mandates are immoral and the government, at no level, has authority to mandate them.

Judge Andrew Napolitano said on Fox News in 2020, as the mask mandates were just starting, that the “federal government certainly can’t do it because the federal government is not charged with public health or public safety.”

As for the state and local governments, they must provide due process to prove a citizen is sick before claiming authority to mandate anything.

“And that brings us to whether the states have the authority to do that, and the answer again is no,” Napolitano said. “If a person is known to be contagious, the state could require that person to be quarantined or wear a mask, but anything short of that, the state cannot interfere with that person’s freedom of movement or freedom to wear or not to wear a mask, so the government’s authority is really rather limited here no matter how aggressive the pandemic may become.”

Of course, the masks are ineffective and the government has no authority to mandate the use of them. The question is, will the people continue to parade around as sheep bowing to the unjust authority of our corrupt government, or will they break lose from their chains and start to resist tyranny?