What Happened When I Decided to Get Married 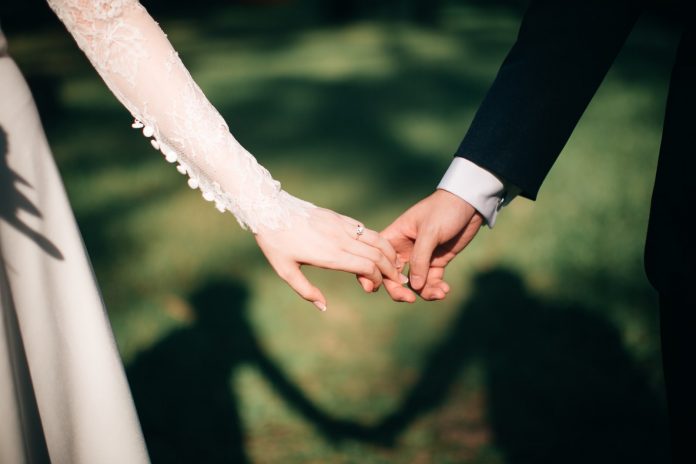 What Happened When I Decided to Get Married

Realizing that deep down I wasn’t interested in getting married changed how I dated.

I was always looking for “the one” and thought I’d get married early in life. I watched as my friends started getting married in my late twenties and I knew my wedding was around the corner.

I attended the wedding of my friends David and Debbie in a beautiful park in the San Francisco Bay Area. A few months later, Debbie said to me, “Ron you are such a catch, why aren’t you married yet?”

Good question. I didn’t know the answer. I’d go on dates and have girlfriends, but they wouldn’t last. “Maybe you’re too picky,” a well-meaning friend suggested.

I thought perhaps that my parents’ divorce when I was a kid might have been a factor, but I had done therapy during my twenties, and it didn’t seem like I had major “issues.”

A few more years went by and I noticed that people who had “issues” and tough childhoods also got married. And there were friends of mine who came from healthy, “normal” families who also weren’t getting married. It didn’t really make sense to me and eventually I gave up trying to figure it out.

After grad school, I pursued my dream of traveling the world. I lived in Asia where I continued my “serial dating”. A few years later I returned to the US, still single and still looking.

After living in Asia where I had invested time and energy learning about Chinese culture and spirituality, I felt it was time to explore the religion of my ancestors and started watching YouTube videos about Judaism.

Surprisingly, I loved them. They answered so many questions and were nothing like the Hebrew school I experienced when I was younger. Here were down-to-earth rabbis (some of whom weren’t raised religious) talking about real issues, like how to live an ethical, happy life, and how to get married and stay married.

Even though I paid lip service to wanting to get married, I realized I was just having fun.

I was hooked and I started going to shul (synagogue) every Shabbat. I enjoyed being part of a warm community. In the beginning, I would drive to shul on Shabbat and eventually decided to go “all out” and observe Shabbat fully — no driving, no cooking, no lights, no smartphone, etc

For me, Shabbat felt like coming home, like I finally found the right “software” compatible with my Jewish “hardware.” The device (i.e., me!) was running better!

I slowly added other things, like tefillin and learning Torah with a study partner, because these mitzvot brought me even more joy.

It was in the midst of doing all these Jewish things that I realized I truly wanted to get married and have a family.

I looked back on my dating life and even though I paid lip service to wanting to get married, I realized I was just having fun. I wasn’t interested in committing to one person and settling down to build something bigger.

It was time to take some action.

My local rabbi explained how Jewish dating worked. You meet with a woman and talk, really talk, trying to find out if you two would be good partners for life based on shared life goals and mutual attraction. There would be no physical contact.

“You mean not even a friendly hug after the date?” I asked.

“Nope,” he responded, “no hug and no handshake, just two people enjoying each other’s presence, getting to know each other, and seeing if they are a match for the rest of their lives.”

It was a little weird in the beginning, but then it was liberating to know that all I was trying to do was get to know this woman.

It was a little weird in the beginning, but then it was liberating to know that all I was trying to do was get to know this woman. There were no other motivations that sometimes cause people to make, um, “silly” decisions in relationships, like dating someone for several months just because she is attractive, even though you don’t really like her personality.

To cut to the chase, a year after I started to up my Jewish commitment and keep Shabbat, I met a woman on a Jewish dating site. We spoke on the phone and hit it off. She lived in Israel, while I was in California, so we spoke by phone and video for a month before I met her for our first date in Tel Aviv. We would talk for hours about life and spirituality, amazed at the things we had in common.

I wanted to find a happy, spiritual woman, and I was amazed and grateful that I found her. She was just as amazing and beautiful in person as she was on the phone.

A few months later we got married in Jerusalem!

Looking back at all my relationships I feel a mixture of regret and gratitude that I was finally honest with myself and realized I wanted something deeper, lasting and fulfilling. I wanted to commit to someone and get married.

Hindsight is 20/20, as they say, and looking back, I realize that although I thought marriage was a “nice idea”, I wasn’t serious about finding a life partner.

Maybe the thought of being married scared me. Maybe I thought being married would limit me in some way. After all, many of us have been taught that life is about reaching higher and higher levels of freedom and self-expression.

Now I know the truth. Marriage challenges you to grow in ways that you never thought you could. Marriage allows you to cultivate a love that grows deeply in ways that can’t happen if you go from relationship to relationship without a truly long term commitment.

Yes, marriage takes energy and sweat, and sometimes tears. Marriage is about learning how to get past “my needs” and focus on the needs of the other. Which means I’m learning to be the giving and loving person I always have wanted to be.

It’s the end of another day in Jerusalem. I’m a little exhausted, but holding my little daughter in my arms, I put on some upbeat, happy music and start dancing with her. I’m full of energy, singing in our living room. My wife joins in, singing and dancing also, and I say to myself with a smile, Best decision I ever made.

Ron Elkayam, MS, is a writer originally from Baltimore MD. He has previously directed a holistic clinic in the San Francisco Bay Area and has written many articles in the area of health and wellness. He moved to Israel in 2020 and lives in Jerusalem with his wife and daughter, where he is currently a writer in the world of high-tech.