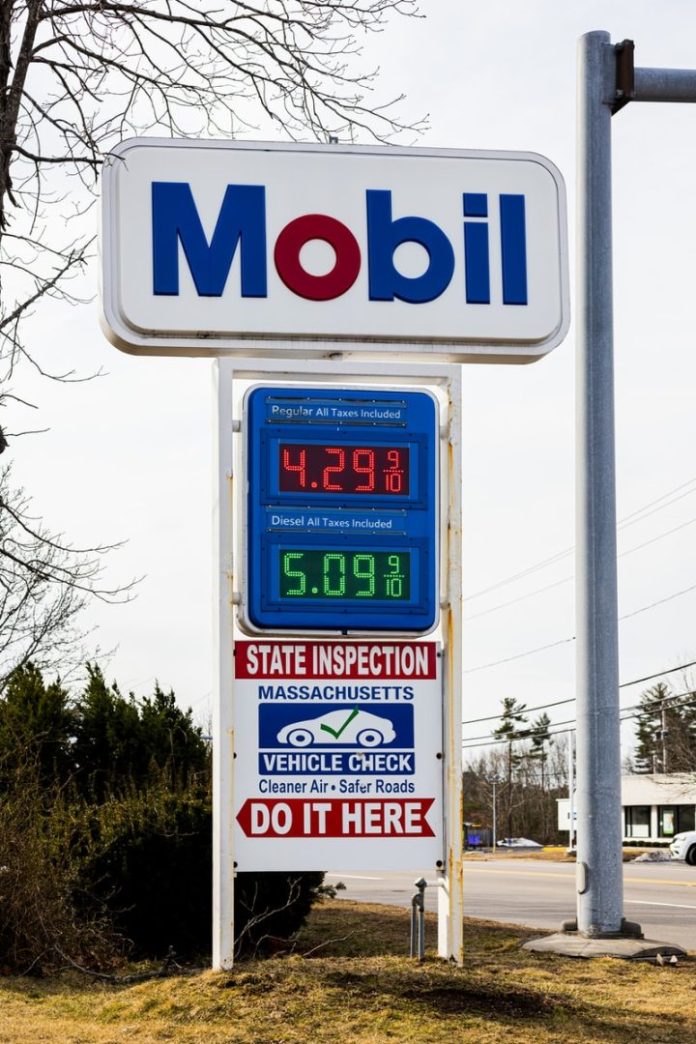 Presidential candidate Joe Biden promised there would be “no more drilling, no more pipelines, no more fossil fuels.” It’s one promise he’s worked hard to keep – even though it’s brought energy shortages, soaring inflation and plummeting approval ratings. So Mr. Biden started releasing millions of barrels of oil from our Strategic Petroleum Reserve’s emergency stockpiles – and sending some of that oil to Communist China!

Even worse, he and his fellow Democrats are mandating a “transition” to energy that is anything but clean, green, renewable and sustainable. And the supply chains for most of the materials required to manufacture wind turbines, solar panels, battery modules and other “green” technologies run through Communist China, which controls the mining (in Mongolia, Africa, South America and elsewhere), processing (in China and Mongolia) and manufacturing (in China). These policies are making America heavily reliant on China and increasingly complicit in slavery, eco-colonialism, environmental degradation and climate injustice.

Presidential candidate Joe Biden promised to reunite America following its “season of darkness” under President Trump, and “shut down the virus, not the economy.” We’ve seen how that’s working out.

His promise that there’ll be “no more drilling, no more pipelines, no more fossil fuels” has been far more successful. Within hours of taking office, President Biden ended Keystone XL pipeline construction and began imposing leasing and drilling moratoriums, slow-walking permits, pressuring banks not to fund oil companies, and taking other steps to turn his promises into policies.

Unfortunately, with a little assistance from Putin’s savagery in Ukraine, Mr. Biden’s war on fossil fuels brought a host of political problems.

Gasoline and diesel prices more than doubled since November 2020; they reached $9.50 per gallon in parts of California before falling slightly. Mr. Biden’s approval plummeted, as food prices and inflation soared, and farmers, families, commuters and truckers voiced outrage.

But because allowing more drilling would anger climate cultists obsessed with the catechism of climate cataclysm, Mr. Biden asked Saudi Arabia, Venezuela and Iran to increase their oil production, so that he could keep America’s resources locked up.

He also released 125,000,000 barrels of oil from the Strategic Petroleum Reserve’s emergency stockpiles – and on July 26 said he’d release 20,000,000 additional barrels. The administration claims this will “help lower energy costs,” “reduce the pain Americans are feeling at the pump,” and combat the “Putin price hike.” Perhaps minimally.

Worse, Team Biden sent some 5,000,000 barrels of this oil overseas. Still more incredibly, it sold 950,000 barrels to the China Petrochemical Corporation. That’s China as in Chinese Communist Party – not Taiwan. The same Chinese government that is buying up thousands of acres of U.S. land, much of it near sensitive military installations.

The optics are not good. And for an administration (and Democrat Party) focused on “racial justice” and America’s terrible legacy of slavery, public perceptions will only get worse, as the realities of the “green energy transition” become clear.

First, this energy is not clean, green, renewable or sustainable. The sheer numbers of wind turbines, solar panels, and vehicle and backup batteries defy imagination.

This would send America’s annual electricity requirement to almost 7.5 billion megawatt-hours per year by 2050. That’s nearly three times the fossil fuel portion of today’s U.S. electricity generation. It would require tens of thousands of wind turbines, billions of solar panels, and billions of half-ton battery modules (to back up this expensive, unreliable, unpredictable, weather-dependent energy) sprawling across America. (Of course we’d need less electricity if they just slashed our living standards.)

Oil and natural gas are also feed stocks for paints, plastics, pharmaceuticals, fertilizers and numerous other products. How does Team Biden plan to replace them?

But the turbines would require millions of tons of raw materials from hundreds of new mines – steel, aluminum, copper, fiberglass, concrete and others, whose extraction, processing and refining are energy- and land-intensive and highly polluting.

Second, American environmentalists and climate campaigners steadfastly oppose these activities anywhere in the USA. The supply chains for most of these materials thus run through China – which controls the mining (in Mongolia, Africa, South America and elsewhere), processing (in China and Mongolia) and manufacturing (in China).

China and the Chinese Communist Party achieve this because they have acquired mining properties all over the world; have huge coal-fired power plants to generate cheap electricity; don’t bother much with air or water pollution control, mined land reclamation or workplace safety standards required in Western countries; and utilize dirt-cheap, slave and child labor, most notably in Africa and Uyghur territories.

Some 40,000 children already labor with their parents in Democratic Republic of Congo cobalt mines, for a few dollars a day, under threats of cave-ins, and with constant exposure to toxic air, mud, dust and water – just to meet today’s cobalt needs for manufacturing batteries. Those needs would skyrocket under a U.S. Green New Deal, and vastly more under an international “energy transition.”

The cobalt ore is processed in China, under equally abominable safety and pollution conditions. Air and water pollution and an enormous toxic waste dump for rare earth effluents in Inner Mongolia have created serious health issues for plant workers and local residents.

China also uses Uyghur slave labor to manufacture solar panels it sells to the United States. And Mr. Biden wants to suspend tariffs on Chinese solar panels, to make importing them even easier and cheaper.

Over the past decade, the United States significantly reduced its (plant-fertilizing) carbon dioxide emissions, largely by replacing coal-fired electricity generation with natural gas.

Meanwhile, in 2020 alone, China put 38,000 megawatts of new coal-fired power plants into operation. It relies on coal for 60% of its electricity and expects to mine 300 million more tons of coal in 2022 than in 2021. Beijing is also building, planning or financing more than 300 coal plants in Turkey, Vietnam, Indonesia, African countries and elsewhere, to raise their people out of poverty. India too burns millions of tons of coal annually.

The United States could go fossil-fuel-free, and it wouldn’t affect global greenhouse gas levels one iota.

But America could easily go from being a net oil and gas exporter two years ago, to being almost totally dependent on often unfriendly foreign sources for the materials required for its “renewable” energy, economy, manufacturing, living standards, communication, transportation – and national defense. Energy, food and consumer prices would climb even higher, hammering minority and other poor families.

Moreover, every increase in “green” energy makes the United States more reliant on China which, like Russia, increasingly wields its energy, mineral and economic power as a weapon, to keep its client countries in line, dependent and subservient. Every increase makes us more complicit in slavery, eco-colonialism, environmental degradation and climate injustice.

This Land of the Free must change course. As America reflects on its past, seeks “a more perfect Union,” reassesses the Separation of Powers, and endeavors to be a world leader in environmental protection and human rights, it must chart a future based on reality and true justice for all people.

Paul Driessen is a senior policy advisor for the Committee For A Constructive Tomorrow (www.CFACT.org) and author of books, reports, and articles on energy, environmental, climate, and human rights issues.