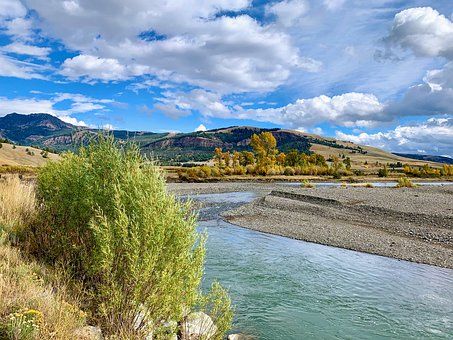 Michael Benko, a 78-year-od man, was in Montana fishing at the Bratten fishing access on the Yellowstone River on June 29, 2021.

That was a day that Michael Benko will never forget. This was the day he almost lost his life.

As his day moved forward, things seemed normal until the men accidentally rowed into a Rock that had a V-shape that was partially submerged in the water and was hard to see until you were right up on it. This was the case as their boat hit the V.

Benko’s leg somehow got trapped in the V-shape of the rock and pulled his head down under the water level of the rapids flowing by. Benko knew that his foot had been broken as that body member appeared to be laying off to the side of the calf of his leg.

Benko struggled to keep his head above the water, but the current was swift and kept dragging his head below the water line. The water temperature that day was cold and hypothermia was a major risk for Michael Benko. Would he drown first, or die from hypothermia first. Those thoughts went through his mind as he was fighting for his life.

Benko’s boating partner ran down the shore line looking for help. For 45 minutes, Michael Benko was fighting for his life and steadily physically wearing out as the cold of the water started to affect him.

Unbeknownst to Benko, the Columbus Fire and Rescue guys were also on the river that day, sharping their swift-water rescue skills.

According to the Columbus Fire Rescue, they located Benko in short order. One of the main problems they were having was that a large amount of debris, which impaired the Columbus Fire and Rescue from reaching Benko.

Two Rescue Boats could not get to Benko because of the debris, even from multiple directional attempts.

Finally, from one of the Columbus Rescue boats, Kevin Langhus and Shannon Browning jumped into the water and swam their way over to Benko, who was trapped partially submerged.

Once the professionally trained men reached the position that Benko was at, they dislodged Benko from the V crevice in the rock and could get him to shore line where they attended to him.

Once they could stabilized Benko, they loaded him out, on a backboard and on to an awaiting boat, which then took Benko down to the Indian Fort, where a medical team was waiting to assist Benko with an ambulance ready to whisk him off to the hospital.

This is not where the story ends, Michael Benko was so thankful for the Columbus Fire and Rescue or commonly called (CFR) team that he got out his check book and proceeded to write them a check for $6,000.00

The SAR and The CFR split the generous donation that Michael Benko gave to them. Langus Browning is a Stillwater County Chief Deputy/Search and Rescue

With just minutes left for Benko to live, God had a rescue team practicing in that area that same day and during the same time that could save Michael Benko’s life. Yes, God works in mysterious ways and Michael Benko was given a second chance to continue his life.