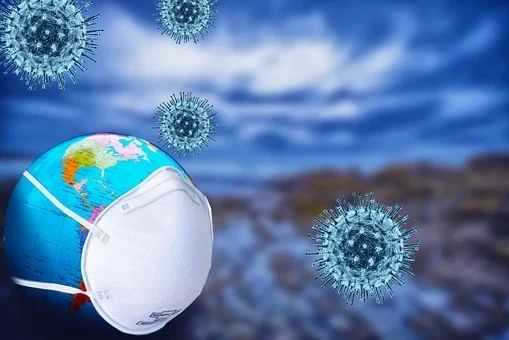 A Wyoming mother Shelta Rambur is one of many mothers in Wyoming who are just fed up with the Democrat, liberal mask school mandates. Rambur has been in a struggle to enforce her daughter’s right to not have to wear a mask since late February of 2021.
Shelta Rambur is from Sheridan, Wyoming, and her girls, attend the public schools in the Sheridan County. Rambur observed that the Sheridan County covid death numbers were small, and that number was maintained for a long period, only (30) individuals affected.
Shelta Rambur, after much research on her own, decided that the “pandemic” was only a “politicaldemic” and not a “pandemic”, but was still a bit cautious.
Shelta Rambur, weekly, attempted to call Wyo Representatives, Governor Mark Gordon including Dr. Harrist asking questions and voicing her concerns about keeping kids masked and the health and mental negatives associated with this practice. Rambur made sure that she attended all the school board meetings.
In one of these school board meetings that she attended, the liberal school board, instead of handling the concerns of the parents, just side stepped the issues and voted to hand over their decision power on all things COVID to the Superintendent who was as dense as a box of rocks regarding COVID and totally ignored all suggestions from the parents and legal guardians of school age children.
Shelta Rambur was concerned as her girls would come home from school after wearing a mask for eight hours a day, complaining of severe headaches and feeling sick all the time, feeling like they were not getting enough air when they were forced to wear the masks, not to mention that it was near impossible to remember and retain anything that the teachers were teaching.
Rambur’s kids were falling asleep in classes and seemed to be having lethargy issues, increased acne on their faces and severe anxiety, just a few of the negative complications from being forced to wear a mask eight hours a day at school.
Shelta Rambur tried to get her children medical exemptions, but the Sheridan public schools would not allow her children any medical exemptions of any kind and refused to budge on the mask-mandated position.
Rambur knew that the school board and the Superintendent of schools were violating her children’s rights, but she could not get any one to listen to her concerns, so finally she turned to the media for help.
Ann Perkins, is a school board member of whom Rambur texted, from Sheridan Wyoming, that her kids were not handling the masks well, mentally, or physically. Liberal School board member Ann Perkins simply replied, “Not true, Kids are doing great and that Shelta Rambur needed to focus on teaching her children about the greater good.” (paraphrased) This was nothing but a WOKE Socialist propaganda answer.
Shelta Rambur started to get worried as she was watching how in other countries, people were losing their rights and being forced to wear masks and forced vaccinations. In the state of California and and City of New York it appeared as the twilight zone with radical Democrats forcing their will on the masses.
Rambur did what any sound parent would do. She started researching any mask data she could get her hands on, including COVID studies. Rambur studied the US Constitution and the Wyoming Constitution to see what rights she had as a parent.
Rambur got a strong command of the Wyoming Statutes, Civil Rights Act, The WSBA, WDE, and the SCSD2’s handbook. Rambur wanted to be well armed with knowledge and education regarding what her rights are and if she could keep masks off her kids.
Armed with this educated knowledge, Rambur spoke out at every school board meeting against mask mandates. The School board denied Rambur an open school board forum stating that it was not in the best interest for the public!
In fact, in the Sheridan Press, a school board member stated “We need to come together, learn to work collaboratively and communicate better.”
Scott Stults SCSD2 Superintendent, in early August of 2021, was informed that Shelta Rambur wanted to have her deeply held religious belief’s exemption for her kids so that they would not have to wear masks. COVID-screening; tracing of her children, quarantine, and vaccinations. Scott Stults scoffed at her attempting to invoke her rights afforded to her by federal laws and the US Constitution and the Wyoming Constitution, including the school boards own policy handbook. Basically, he told her to go jump in a lake, drown herself, and take her “rights” with her!
This was a bold move by Scott Stults, who later attempted to have Rambur arrested on the first day of school Rambur tried to enter the school with her daughter without masks. on. The principal even called the police, and the police stated that they were there to arrest her for trespassing or at least issue her a no trespassing order citation.
But did not address any mask issue.
The Sheridan County Public School has been quietly trying to figure out how they can use the Law Enforcement to enforce parents and kids to wear masks while at the school. This is wrong on so many levels, this madness must be stopped.