Resistance to Great Reset intensifies overseas, Americans should be watching 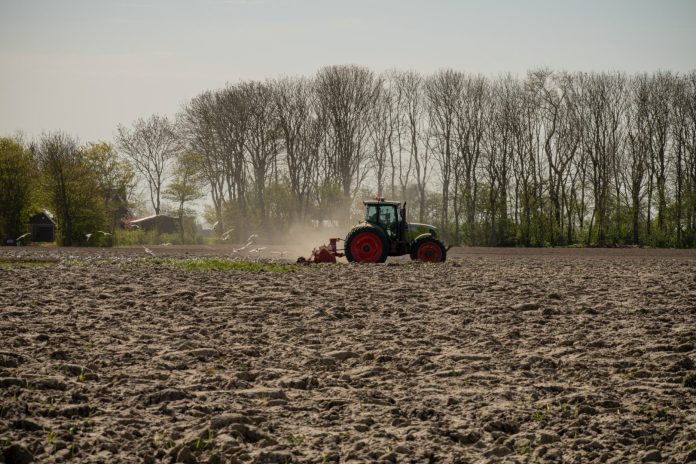 Farmers in the Netherlands continue to block highways connecting the country to Germany as they resist the “green” agenda being pushed as part of the Great Reset proposed by globalists, including the Biden regime here in America.

Dutch farmers are effectively facing extinction if their Prime Minister Marc Rutte, a member of the World Economic Forum (WEF), gets his way with policies to massively reduce nitrogen emissions. Conservative estimates suggest at least half of Dutch farmers would be put out of business.

Brian Shilhavy, reporting for Vaccine Impact, noted that farmers across Europe are also protesting to show their support for the resistance from the Dutch food producers.

“If you haven’t figured out yet that government policies designed to transition to the New Green World Order are an assault on humanity with the goal of reducing the world’s population all in the name of ‘saving the planet,’ then it is time to wake up, because this is WAR!” Shilhavy wrote.

Shilhavy added: “Given the fact that the Netherlands is the second largest exporter of food in the world, with only the United States exporting more food globally, these actions happening ‘across the pond’ have significant impacts for those of us living in America as well.”

This is a part of the WEF’s initiative for so-called “food innovation hubs” which Rutte said late last month he was proud to be a part of in “the transformation of food systems.” That “transformation” may best be described as a way to spread world hunger.

Christianne van der Wal, who was installed by Rutte into a newly created position called Minister for Nature and Nitrogen, has said farmers need to be fine with giving up their land to the government. Geert Wilders, leader of the Dutch opposition party, exposed documents showing the government’s plans to use the farm land it seizes to create “registration centers for asylum seekers.”

And that is why the Dutch farmers are fighting back. The blockades, reminiscent of those by Canadian truckers to fight the experimental gene therapy shot mandates, started as recently as June 30 when Radio Genova tweeted: “Very angry Dutch farmers block border between Holland and Germany. Harsh protests in many Dutch cities after politicians’ decision to close dozens of farms and cattle ranches to reduce nitrogen by 30% – 70% to comply with EU (European Union) regulations on nitrogen pollution.”

Rhoda Wilson, writing for The Exposé, reported that over 40,000 farmers took part in blockades last week. The protests included farmers spraying manure on a town hall building in Lochem. And currently, the resistance is winning the battle for public support.

“So let me get this straight. We are already looking at a worldwide food crisis as a result of skyrocketing fertilizer prices and the war in Ukraine (as Russia and Ukraine are major grain exporters, and that is now coming to a standstill),” Wilson wrote.

Wilson added: “The protests have of course been condemned by the politicians, but according to a poll, it seems like many people support the farmers. The political party Farmer-Citizen Movement is ranking high in the polls. In fact, they are now the second-largest party in the Netherlands!”

Similar events are taking place in the South Asian island nation of Sri Lanka where protestors have breached PM Ranil Wickremesinghe’s residence to demand his resignation and broken into the central banks, according to investigative journalist Leo Hohman who wrote:

“I don’t believe any single country is the ‘model’ for the New World Order because so many countries are neck deep in Klaus Schwab’s World Economic Forum-driven madness that’s referred to as the Great Reset.”

“But Sri Lanka is certainly one nation to watch. Its corrupt puppet politicians, just like those in Canada, New Zealand, Australia, the U.S. and Europe, have been in a race to the finish line of Schwab’s dystopian global technocracy, which is the final destination, a truly dark place of total surveillance and soul-crushing control over all human activity.”

“Since this spring, people on the island nation formerly known as Ceylon have been dealing with gas shortages, power outages, high inflation, food riots, and runs on the banks. I have sources inside the country feeding me information, so this is not third-hand information, it is straight from the native people living through what is an intensifying powder keg.”

The mainstream narrative pushers in the American media have largely ignored these events, but the American people should be watching closely. These globalist plans are not unique to people overseas. They are being implemented right here. And Americans can learn a little something about what resistance looks like.

Australian doctor faces loss of license for speaking truth of the...

Kristalina Georgieva has arrived in Dakar