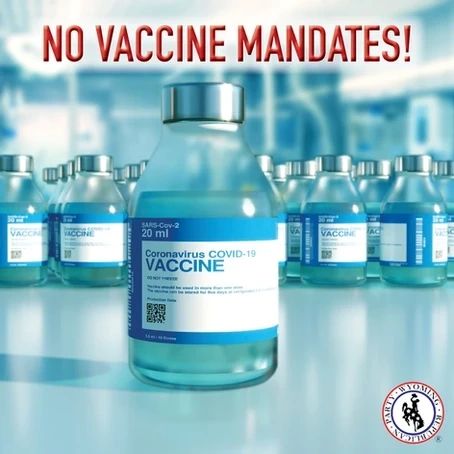 Liberty Counsel originally sent a demand letter in June on behalf of one student who had been denied a religious exemption. Then Liberty Counsel sent another demand letter on August 4 on behalf of 11 students that the university shamefully denied their religious exemption requests. Loyola has continually threatened all students stating they must show their vaccination cards or receive approval for an exemption by Friday, August 6, or they will not be enrolled in classes or have access to campus buildings for the fall semester.

All the students represented by Liberty Counsel submitted a written statement requesting a religious exemption, outlining their particular religious objections to the COVID-19 shots. The students objected based on the fetal cell line/abortion connection since each of the three injections available were either produced or tested with fetal cell lines that originated in elective abortions. These students did not want to be forced to choose between their faith and their education.

After Liberty Counsel gave the school a deadline of August 5 to accept the students’ religious exemptions or face a lawsuit, the school finally complied and accommodated these 11 students. However, Loyola has continued to discriminate against other students and unlawfully deny their requests.

As of Wednesday, August 11, Loyola has now reversed its denials and has granted exemptions for more than 40 students. Any Loyola students who need legal assistance regarding the denial of their religious exemptions should contact Liberty Counsel immediately.

Illinois has a Health Care Right of Conscience Act that provides strong protection to all residents against discrimination based on health care choices. It states: “It shall be unlawful for any person, public or private institution, or public official to discriminate against any person in any manner, including but not limited to, licensing, hiring, promotion, … or any other privileges, because of such person’s conscientious refusal to receive, obtain, accept … or participate in any way in any particular form of health care services contrary to his or her conscience” (emphasis added).

The Act imposes financial penalties on Loyola for up to three times actual damages or $2,500, whichever is greater, for each student against whom Loyola discriminates. Students who suffer adverse action from Loyola based upon their sincerely held religious convictions against COVID vaccination should seek legal assistance promptly.

Loyola University is also in violation of federal law. On March 27, 2020, the Health and Human Services (HHS) secretary declared that circumstances exist justifying the authorization of emergency use (EUA) of drugs and biological products for COVID-19. That means people must be told the risks and benefits, and they have the right to decline a medication that is not fully licensed. The same section of the Federal Food, Drug, and Cosmetic Act that authorizes the FDA to grant EUA also requires the secretary of Health and Human Services to “ensure that individuals to whom the product is administered are informed … of the option to accept or refuse administration of the product.”

None of the COVID shots are approved or licensed by the FDA. They come under the Emergency Use Authorization (EUA), which means they cannot be forced or required. On page 1 of the DOJ memo, and many times thereafter, the DOJ correctly states that Section 564 of the federal law directs the FDA “to the extent practicable” and as the FDA “finds necessary or appropriate … to impose ‘[a]appropriate’ conditions on each EUA” Section 564 of Food, Drug, and Cosmetics Act (FDCA), 21 U.S.C. §360bbb-3. The memo continues: “Some of these conditions are designed to ensure that recipients of the product are ‘informed’ of certain things, including ‘the option to accept or refuse administration of the product’” (emphasis added).

Liberty Counsel Founder and Chairman Mat Staver said, “Loyola University needs to drop its unlawful mandate immediately. Forcing any person to receive one of these COVID injections is a violation of both state and federal law. In addition to federal law protections, Illinois has strong conscience protections. No school, employer, or government may force or coerce anyone to take these injections. Federal law requires full informed consent.” Liberty Counsel is a News Partner with the Wyoming News and together are watchmen on the wall for the freedom,truth and liberty of our nation.