Vaxxed Children Up to 30,200% Likelier to Die, UK data shows 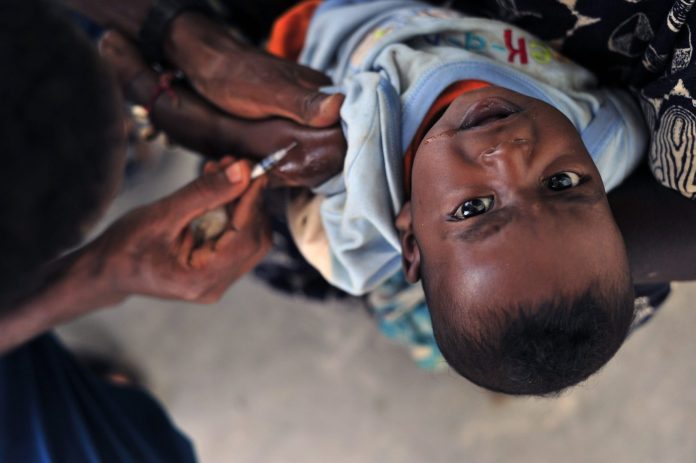 Data from the United Kingdom’s Office for National Statistics (ONS) show that children injected with the experimental gene therapy jabs, called COVID “vaccines” by the mainstream, are at a far more likely risk of dying of all causes than children who have not been jabbed.

The data (found here) was published by the UK government in May, before the U.S. Food and Drug Administration (FDA) gave its rubber stamp for emergency use authorization (EUA) for the mRNA jabs of Pfizer and Moderna to be injected in children as young as 6 months old.

The Exposé ran calculations on the ONS data, which spans over a years’ worth of data between Jan. 1 of 2021 to March 31 of 2022. As reported by The Exposé:

“But it’s the triple vaccinated figures that are truly frightening when it comes to children.”

The FDA approved the EUA status of the shots for those 6 months to 5 years old last month.

“Those trusted with the care of children can have confidence in the safety and effectiveness of these COVID-19 vaccines and can be assured that the agency was thorough in its evaluation of the data,” Robert Califf, an FDA commissioner, said.

If you’re an adult who submitted to the shots believing that line starting in December of 2020 when the mass jab campaign began, that’s your choice. If you’re parent and believe it with the EUA allowing your kids to be injected, it’s child abuse to allow your kids to be experimented on.

First off, there is absolutely no need for kids to take the shots which is even recognized by mainstream media outlets recognize, like Allysia Finley with the Wall Street Journal.

“In fact, we don’t know if the vaccines are safe and effective,” Finley wrote. “The rushed FDA action was based on extremely weak evidence. It’s one thing to show regulatory flexibility during an emergency. But for children, Covid isn’t an emergency. The FDA bent its standards to an unusual degree and brushed aside troubling evidence that warrants more investigation.”

More importantly, the Vaccine Adverse Events Reporting System (VAERS) maintained by the Centers for Disease Control (CDC) shows how unsafe the jabs are for all Americans, children to adults.

The most recent VAERS data, released on Friday, showed 29,273 deaths by the jab. Wyoming News has previously reported that the CDC admits that VAERS undercounts adverse events by a factor of 6X while independent reviews show a factor of 41X. That puts the likely death count from the jabs between 175,638 and 1,200,193.

As for children, VAERS is now seeing reports of hallucinations and children having suicidal thoughts. This is in children 8 years old and younger.

Steve Kirsch, executive director for the Vaccine Safety Research Foundation, is hearing of an increase in seizures among toddlers from nurses since the recent EUA was approved.

“Doctors are mystified by a rash of seizures, rashes, etc. happening to 2 and 3-year-old kids,” Kirsch wrote. “The only thing these kids have in common is that they were given the COVID vaccine just days earlier (two to five days earlier).”

Kirsch added: “The doctors cannot figure out what is causing the seizures (since it couldn’t be the vaccine since those are safe and effective). The medical staff is not permitted to talk about the cases to the press or on social media or they will be fired. One nurse posted something to the effect of ‘how is this legal????’ I had to paraphrase to protect the poster. This is why you are hearing these reports from me. They can’t fire me.”

“How did a 2-month-old baby receive the mRNA vaccine? These vaccines have not yet received EUA (Emergency Use Authorization) for approved use in children ages five and under by the FDA, or any other regulatory authority, and even if it will, the EUA will only include babies 6 months and older.”

“Was this baby a participant in Pfizer-BioNTech’s clinical trials, testing efficacy and safety among babies?”

“The answer is unclear. According to the person who wrote the report ‘Unsure if patient was enrolled in clinical trial.’ However, the author of the report also states that the report was ‘received from a contactable Other Health Care Professional by Pfizer from the Regulatory Agency.’”

Did the FDA know about this adverse event, which was reported in February of 2021, before giving its EUA stamp of approval? If they did, do they even care?